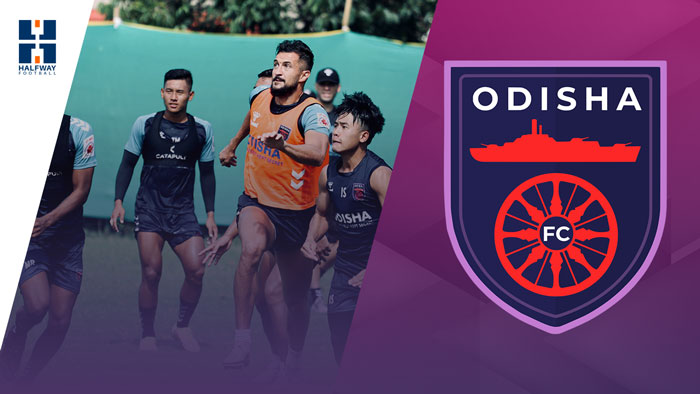 Established in 2019, Odisha FC is looking to bring glory to football in Odisha where football is yet to be a success. They did pretty well for the newcomers in the first season finishing on the 6th but their second season was a disappointment as they settled for the last spot. Odisha FC is looking to bounce back, this time more strategically and well planned. Their board reacted quickly to the crisis and hired the Spanish legend David Villa as a technical advisor, under his guidance, they have done a complete overhaul of the foreign contingent and hired Kiko Ramirez as the new head coach.

Last season except for the attacking area Odisha FC was lacking the firepower to set the league on fire. Even though extending the contract of Diego Mauricio was a good option, Odisha FC aimed much higher and went on to rope in Jonathas possibly one of the strongest contenders for the Golden boot this year. They’ve also added the likes of Javi Hernandez, Hector Rodas, Liridon, Aridai Cabrera and Victor Mongil which comprises a mixture of players who have prior experience in India and newcomers to the league.

Kiko Ramirez likes to play fluid and free-flowing football which is something Odisha FC fans will enjoy. His team always likes to be the dominant side in ball possession and he prefers to use 4-2-3-1, the attacking style of the game will be enhanced by the players like Javi, Jonathas and Aridai. The only concern is the inconsistency in the career and results of Kiko Ramirez in his previous stints.

The midfield and forward options seem to be the strongest areas of Odisha FC on paper. With Javi Hernandez added to the midfield, Vinit Rai and Javi can form a strong pair. Javi was not much comfortable in the defensive set-up of ATK, but he is someone who can thrive in the attacking style game. Prolific striker Jonathas along with Jerry Mawihmingthanga can make the opponent defenders make a run for their life. Some of the youngsters Odisha have added to their squad are also to watch out for. They have a very good mixture of veterans and youth.

The inconsistency in the profile of Kiko Ramirez could be troublesome to the Juggernauts. Except for Javi, Victor and the other experienced foreigners the Indian contingent is mostly youngsters and they’ll have to find a perfect proportion between the two. With only four foreigners in the line-up finding a strong and reliable back four is also challenging. Mongil couldn’t live up to the expectations in ATK and Gaurav Bora was known as one of the next big things in Indian football but he also failed to show that on the field last year. If they can find their form Odisha can relax.

Odisha FC is one of the contenders for the playoffs, but only if they can strike a perfect balance in the defence and midfield. The experience and form of players like Jonathas and Javi could be a deciding factor in their season.