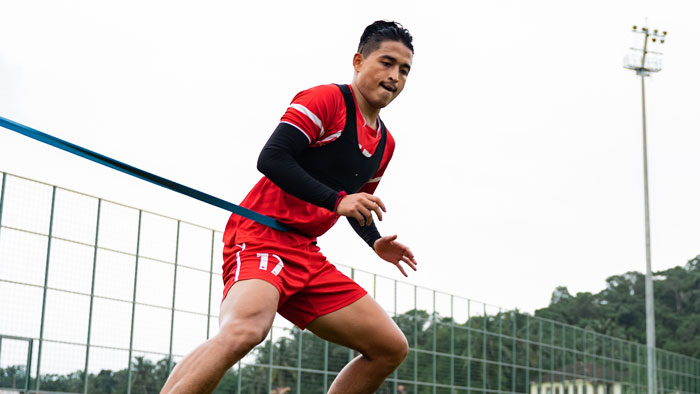 Indian Super League (ISL) side FC Goa have completed the signing of young winger Nongdomba Naorem on a free transfer.

The 21-year-old has put pen to paper on a long-term contract after passing medical and agreeing personal terms.

Immediately after inking the deal, Naorem told, “Today is a big day. I am very happy to sign for one of the biggest clubs in India. It’s a club that I feel is the best fit for me and is one that I have admired for a long time. I am now looking forward to understanding what the coach demands from me and script a new chapter in my life.”

FC Goa’s Director of Football Ravi Puskur was also delighted at having completed formalities. He said, “We’re delighted to secure the services of Nongdamba.  He’s a highly technical player and has the directness needed in one on one situations for a player in his position.”

“He caught our eye with his performances for Mohun Bagan in the I-League in the 19/20 season and was unlucky to have his season curtailed by injury last year. We feel that he can develop into a player who fits very well into our system and can become a differential player with a real emphasis on providing the end product,” he added.

Nongdomba moves to Goa after two seasons with Kerala Blasters – the first of which he spent out on loan with Mohun Bagan, helping them to the I-League title in 2020 alongside fellow Gaur Alexander Romario Jesuraj. That season saw him bag 2 goals and 5 assists in 16 games for the Mariners.

Last season saw him play 3 games in the ISL in the colours of Kerala before an unfortunate injury brought down the curtains to his campaign earlier than expected.

Hailing from Wabagai in Manipur, Nongdomba came through the ranks at the Minerva Punjab Academy before first shooting to fame first with some eye-catching performances for the Indian national U17 team in the FIFA U17 World Cup in 2017.

He has since then gone on to play for the Indian Arrows in the I-League before making the switch to Kerala. His sole campaign in the I-League competition will be remembered for a breathtaking solo goal – which saw the nimble-footed winger cut in from the left before dribbling and willing past 5 Shillong Lajong defenders before slotting the ball past the keeper.

He will be wearing the number 17 shirt at FC Goa.