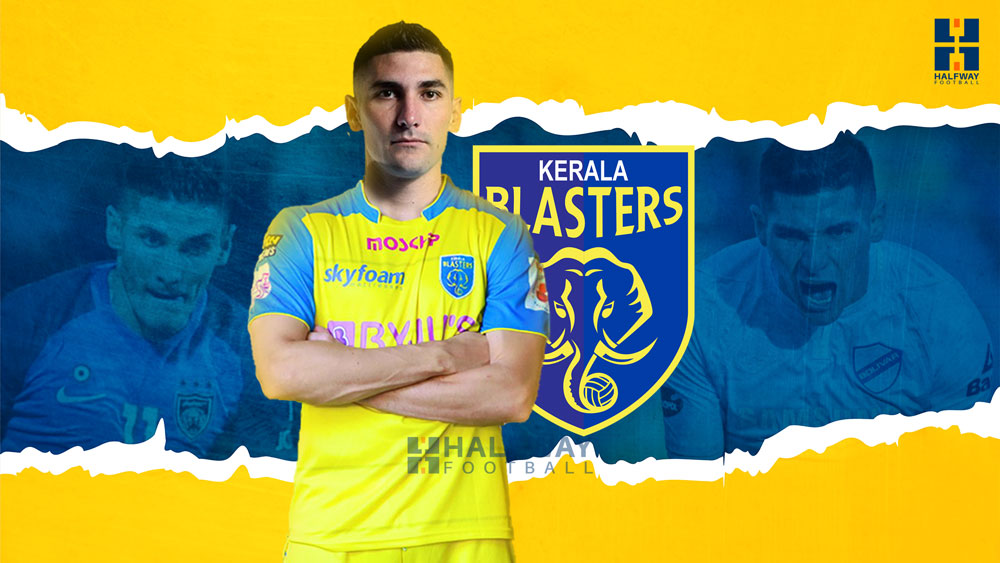 Kerala Blasters on Friday, 27th August announced the signing of 31-year-old Argentine striker Jorge Pereyra Diaz. The player is currently playing for Platense in the Argentine first tier. Jorge Diaz has signed on a season-long loan deal for Kerala Blasters.

Jorge Diaz has the experience of playing in Asian leagues. In the year of 2014, he was bought by Malaysian Super League club JDT on a reported transfer fee of 2 Million USD. In total, he played 78 games and scored 53 goals. With 2016 being the best. He scored 32 goals in 37 matches.

Apart from that, he has played for Independiente, Leon and Bolivar. Which are the first division clubs of Argentina, Mexico and Bolivia respectively.

He arrived in Platense in February 2021, played 12 games for the club and scored two goals (against Argentinos Juniors in his debut and against Rosario Central) in the Copa de la Liga.

The Argentine Marksman joins us on loan from Club Atlético Platense for the 2021/22 Season! 💪🇦🇷#SwagathamDiaz #YennumYellow pic.twitter.com/lNHqnTdk7I

The pace and off-the-ball movement look like his strongest attribute. He also looks physical and possesses good passing skills. He looks like a counter-attack material.

By now many of you would have watched some clips of his Bolivar days. Most of his goals were in and around the box. And those were some clean finishes. His finishing rate also looks good, which Kerala Blasters lacked a bit last season.

How he could be used

He could be used as a target man in the Kerala Blasters setup. By the overviews of the signings made by Kerala Blasters so far, they are going for a counter-attacking setup. He could be deployed as the most forward outlet for the counters. With his pace, physicality and neatness, he can be a dangerous asset for any team if in form.