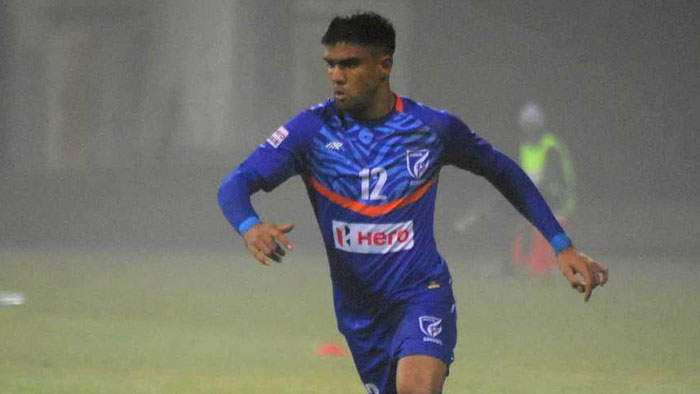 Mumbai City FC has announce the signing of Gurkirat Singh who joins the Islanders from Indian Arrows. The 18-year-old joins the defending ISL League Shield Winners and Champions on a three-year contract until May 2024 with an option to extend for another season.

A product of the famed Chandigarh Football Academy, Gurkirat is a highly versatile footballer, who can play as a left-back as well as a left-winger. Before joining the Islanders, the Punjab-born player has spent three seasons with the Indian Arrows in the I-League. Having made 11 appearances and scored one goal in the 2020-21 season, Gurkirat was one of the most consistent players for the AIFF’s developmental side.

Gurkirat has been touted as one of the most promising talents to have emerged from the Indian National Team’s age-group teams. He was one of the key players of the India U-16 team that reached the quarterfinals of the AFC U16 Championship in 2018 and was the joint top-scorer at the 2019 SAFF U18 Championships, where India lifted the trophy.

Gurkirat Singh said, “Joining a club of Mumbai City’s stature is a dream come true for any youngster and it is no different for me. I am aware of the opportunity that has been presented to me but I know nothing is a given – I have a lot to learn from my peers and seniors and I am prepared to work hard to try and make a difference for this ambitious Club and for our fans.”