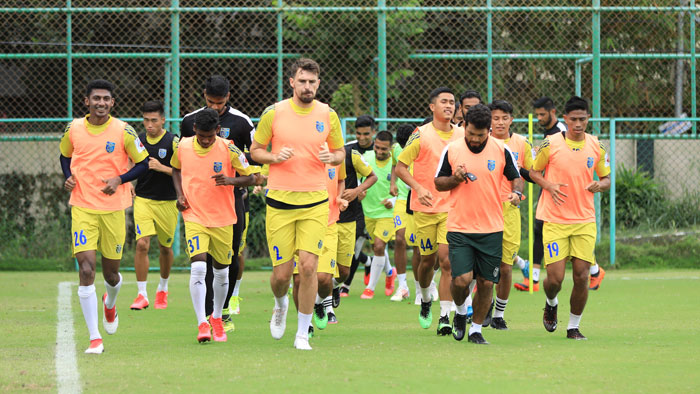 Kerala Blasters squad is all set to gear up for HERO ISL 2021-22. Following their Durand Cup participation, players have been given a short break and will be returning to Kochi on September 26, 2021. All foreign players had already joined the squad in Kolkata, except Alvaro Vazquez, who is expected to join the squad in Kochi by the end of this week. Blasters will be spending three weeks in Kochi for training before traveling to Goa in mid-October. During this period, they are expected to play two friendlies.

Meanwhile, there are some positive updates on the injury front. Abdul Hakku is expected to join the full team training following his minor knock in the first Durand match. Nishu Kumar, who was undergoing treatment over the last 8 weeks, is also set to join the squad in the first week of October to complete the final leg of his rehabilitation.

“We are very happy to get back to Kochi after Kolkata. It would be great to get back to where we can have our training program under control. We will be working the next 15-20 days in Kochi with some friendly games. We are happy that the new players have arrived and that we can start to integrate them within the group. Hope to have all of our players under one roof soon and prepare further for the upcoming efforts before going to Goa.” says Ivan Vukomanović, Head Coach, Kerala Blasters FC.