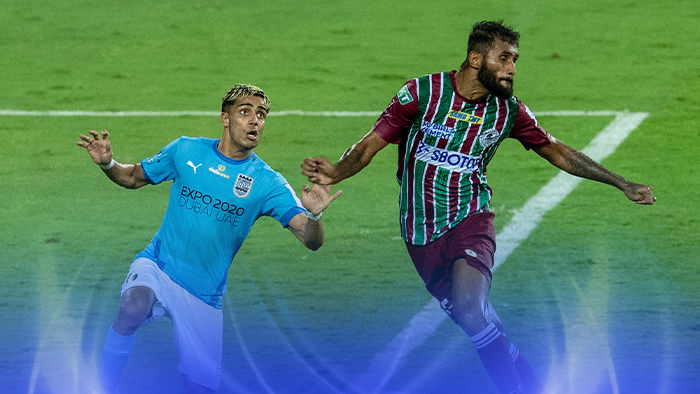 All the talk will be around Kiyan Nassiri when ATK Mohun Bagan take on Mumbai City FC, hoping to break into the top-four again in the Hero Indian Super League at the PJN Stadium on Thursday.

Nassiri became the youngest ever hat-trick scorer in the Hero ISL after his second-half treble against SC East Bengal hurtled him into the limelight in the Kolkata Derby.

The youngster broke a couple of records more on the way to his treble. He became the first player in Hero ISL to score a hattrick after coming on as a substitute. Nassiri became the youngest ever goalscorer for ATK Mohun Bagan in the Hero ISL.

ATKMB are placed fifth in the points table and a win against Mumbai would take them into the top-four and help them close the gap on league leaders Hyderabad FC with two games in hand. ATKMB were not at their best in the last game but did just enough to secure three points, underlining their might yet again as one of the contenders.

Head coach Juan Ferrando also made the right changes and upped the ante the moment they conceded the opening goal of the game, pressing deeper and also keeping more of the ball.

“It is not necessary to think about the past. In football nothing is constant. Every game is different,” said Ferrando addressing ATK Mohun Bagan’s winless record against Mumbai City.

Mumbai, on the other hand, haven’t won a game in six games and have slipped to sixth place in the table having 18 points from 12 matches. They too have games in hand like ATKMB but goals have dried up for the defending champions and that is a cause of worry for Des Buckingham.

Buckingham has said that they will stick to their style of playing football keeping more of the ball but against ATKMB who have Liston Colaco and Manvir Singh bombing down the flanks with Hugo Boumous and David Williams to support upfront, their full-backs and defenders will have their task cut out.

“I am looking forward to the game. They are obviously a different team from the time we played them last. The players are keen to go strong as we can in the last eight games of the regular season,” said Buckingham.

The last time the two heavyweights met, Mumbai thrashed the Mariners 5-1 as they enjoyed a rich vein of form at the start of the season to then drop midway and go winless for six games.