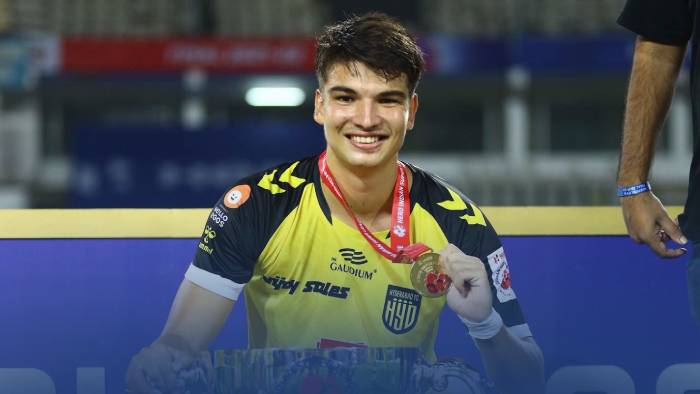 “Hyderabad FC likely to retain the services of Spaniard Javier Siverio. He also had interests from other ISL clubs, but he is interested to stay with the Nizams,” a source tracking the developments informed Halfway Football.

The 24-year-old striker joined Hyderabad FC ahead of the 2021-22 Hero ISL season. He started his youth career with Laguna and later joined the youth set-up of Spanish Segunda Division side Las Palmas in 2015. At 19, he was a part of the Las Palmas B side that trained under current HFC Head Coach Manuel Marquez. After spending a couple of seasons with Las Palmas B, Siverio joined Racing Santander in 2018. In the 2018-19 season, the 23-year-old turned up for Racing Santander II scoring 16 goals in 22 appearances in his debut season, where he also played and scored for the Racing first team in Segunda B. He followed it up with a 24-goal campaign for Racing Santander II next season, wherein he also featured and scored for Racing’s first team in the 2019-20 Segunda A División.

The center-forward hailing from Santa Cruz de Tenerife has clocked a total of 948 minutes from 23 appearances for the Nizams from which he has scored seven times and assisted once.