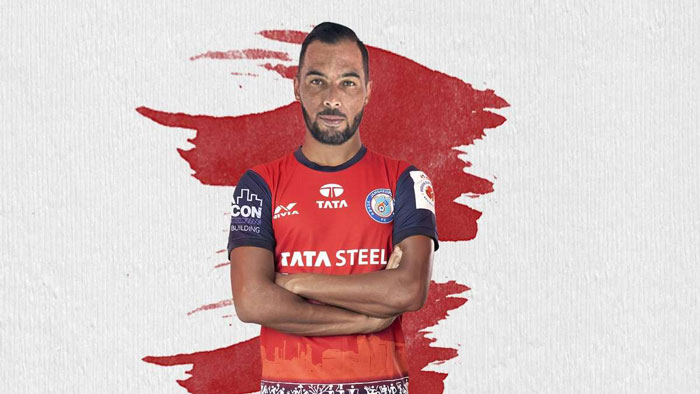 Jamshedpur FC successfully retained the services of Brazilian midfield maestro Alexandre Monteiro de Lima, known fondly as Alex, as the club continued to build its side for the upcoming football season. The midfielder signed an extension of one year, keeping him at the club till May 2022.

The 32-year-old midfielder was delighted to be back with Jamshedpur as he said, “I enjoyed the previous season a lot. The fans, even though I haven’t met them, are so passionate. I would read everything they would say and they love the team so much. I want to give my best in the upcoming season and repay the faith put on me by the Gaffer, the club, and the fans, and help us win the ISL trophy.”

The midfielder started and played 19 matches for Jamshedpur in ISL 2020-21, thereby underlining the importance of his presence in Owen Coyle’s system.

Jamshedpur FC Head Coach, Owen Coyle, was happy to have retained the midfielder. The Gaffer said, “Alex is a phenomenal player and will have a big part to play in the coming season. He is someone who can help us over the line in tight encounters and help us control and dominate the midfield in our games along with a spark of creativity to assist our forward line. Alex showed fantastic character and team spirit last season as he picked up an injury, but rather than letting the team down, he took pain-killing injections to help them power through the season. Now that he is injury-free, there is more to come from him.”

The 31-year-old has the experience of playing in Asia with stints in the highly competitive K League 2 (South Korea) with Suwon FC and FC Anyang and most recently with Ho Chi Minh City FC in V.League 1 (Vietnam). The midfielder has amassed a total of 43 goals and 23 assists in a total of 337 appearances in his career.

The Brazilian began his career in the youth system of Grêmio Mauaense in Brazil. In 2008, he went on to sign as a professional player for FC Wohlen in Switzerland where he spent four seasons.

The big moment for Alex came in 2012 when the USA’s Major League Soccer (MLS) club Chicago Fire FC signed him. He was influential from the beginning as in the 2012 season; the club progressed to the MLS Playoffs. He went on to represent them on 82 occasions.

In April 2015, he was signed by Houston Dynamo under the tutelage of Owen Coyle and played for the club till 2017. Again, he was a catalyst as the team qualified for the MLS Playoffs in 2017 and subsequently progressed to the Western Conference Finals. However, they missed out on the MLS Cup final by a whisker with a loss to Seattle Sounders FC.

Alex Lima will don squad number 14 in the upcoming season for Jamshedpur FC and will join his teammates for pre-season scheduled to begin in the coming weeks.