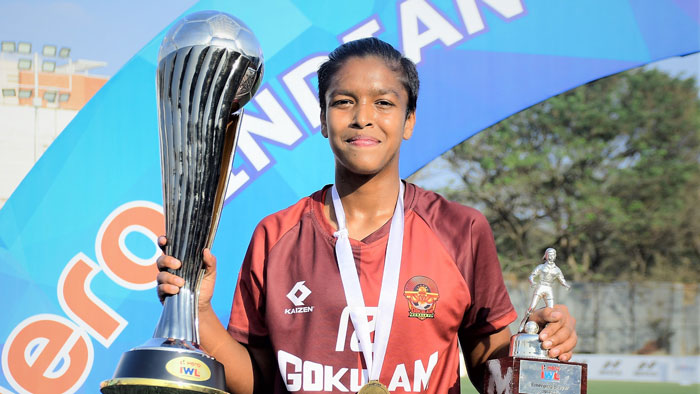 Manisha, who is from Punjab, has been playing for Gokulam for the past two seasons in the Indian Women’s League. She is a forward, who can be deployed in both wings.

Along with Sabitra she had formed a potent combination during the Indian Women’s League 2019 season to help Malabarians win the title. She is known for her pace, knack for goal, and techniques.

“I am glad to extend my contract with Gokulam Kerala FC. I have been with the team for more than three years and the club is like a home for me. We will try our best to defend the title and win the AFC Cup,” said Manisha, after signing her contract renewal.

“We are happy to have Manisha onboard. She is a brilliant player and has a huge prospect. We are aiming at building a good team for the AFC Cup and Manisha will only add more vigour to the team,” said VC Praveen, the president of Gokulam Kerala FC.