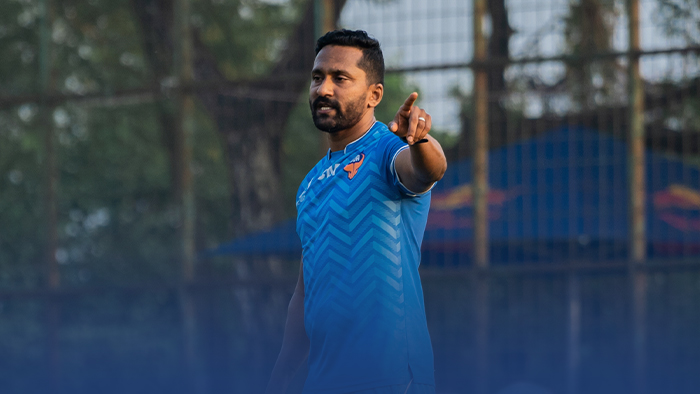 Odisha FC has announced that Clifford Miranda will join Head Coach, Josep Gombau’s backroom staff as Assistant Coach from the 1st of July.

Clifford Rayes Miranda is an Indian professional football manager and a former Indian international. In his playing career, he mostly played for Dempo in the National Football League and the I-League from 2000–2015. During his time with the Goan side, Miranda won five league titles and four domestic cup honors.

Miranda played for the India national team from 2005 to 2014, earning 45 caps and scoring six goals. He was a part of the 2008 AFC Challenge Cup-winning Indian team, thus qualifying for the AFC Asian Cup after 27 years. He also won two SAFF Championships.

After starting his career with the Salcete FC, a team renowned in South Goa for being a nursery of young players. He moved to the prestigious Tata Football Academy in Jamshedpur where he honed his football skills for four years.

Clifford was the only TFA graduate from his batch to sign a professional contract when he signed for Dempo, a second division club in 2000. He helped Dempo lift the National League title five times and the Indian Federation Cup in 2004. He was also part of the team that played in the 2008 AFC Cup semi-finals.

Miranda retired from playing football in 2017 and went into coaching after being convinced to do so by his former coach, Derrick Pereira. He joined his former playing club, FC Goa, as assistant to Pereira for the club’s youth development team and reserve side. In 2018, Miranda became the head coach of the Goa Reserves side in the Goa Professional League and I-League 2nd Division.

On the 1st of February, FC Goa decided to part ways with then Head Coach, Sergio Lobera. The Gaurs boldly opted for Clifford Miranda, an Indian who had been bred on exactly the brand of football that Lobera and indeed, the club has famously preached, over the years. He preached the philosophy that the Gaurs looked to deploy at every possible juncture and subsequently, ensured that it became a paramount part of FC Goa’s identity.

Clifford deployed multiple tweaks that have made the Gaurs an even more dreaded attacking outfit. They’d made the net ripple 32 times before the former Indian midfielder took over. Consequently, the Gaurs’ free-scoring nature catapulted them to commanding victories over Hyderabad FC, Jamshedpur FC, and Mumbai City FC in their final three league fixtures, meaning that they finished well above ATKMB to seal their berth in next season’s AFC Champions League.