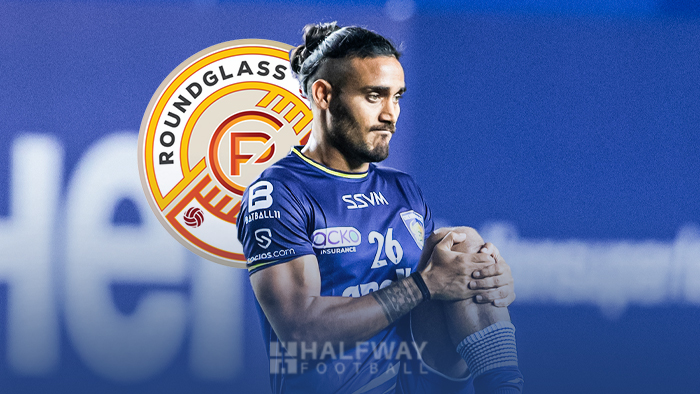 I-League side RoundGlass Punjab FC has secured the signature of 29-year-old defender Deepak Devrani on a 2-year deal, Halfway Football can exclusively confirm.

Devrani made his I-League debut in 2012/13 with the Indian Arrows. He has been a part of the three I-League winning campaigns, his first, coming during a loan spell at Mohun Bagan in 2014/15. He won the second title in 2017/18 during his three-year stint with Minerva Academy FC and the third one came with Malabarians last season, in which he produced four assists in 14 appearances.

After an eye-catching performance with the Malabarians, a few ISL sides were interested in signing him. On August 4, 2021, Marina Machans announced that the defender hailing from Delhi had penned down a season-long deal. Due to tight competition at the backline of Chennaiyin, Deepak Devrani failed to cement his place in the staring XI, played just four matches for the club.

After appointing Greek manager Staikos Vergetis as their head coach for the season, the Punjab-side have been busy in the transfer market. Deepak Devrani will be looking to get more playing time under the Greek tactician. As reported by Halfway Football, they have acquired the services of Slovenian striker Luka Majcen.