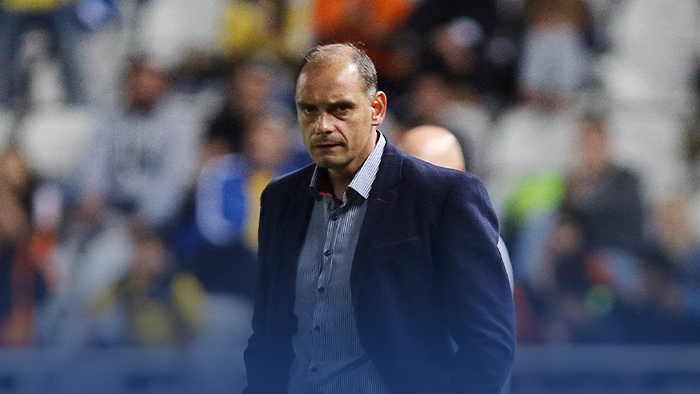 RoundGlass Punjab FC has announced the appointment of Staikos Vergetis as Head Coach for the forthcoming Hero I-League 2022-23 season.

Forty-six-year-old Vergetis hails from Greece and has nearly a decade’s experience working as a Head Coach at the senior level in his home country as well as Cyprus. Speaking about his new assignment Vergetis said, “I am honoured to start a new journey with RoundGlass Punjab FC as Head Coach. It is a new challenge and I look forward to leading the team towards achieving its objectives. The Club’s vision matches completely with mine, and I am excited to take charge of the side and play an attractive style of football that our fans can be inspired by.”

Vergetis’ first stint came at Asteras Tripolis in the 2013-14 season of the Super League Greece, where the team secured qualification to the UEFA Europa League qualifying round, and made it to the group stage for the first time in the club’s history in 2014-15. It was followed by another successful campaign that saw Asteras Tripolis qualify directly for the UEFA Europa League 2015-16 group stage after finishing third in the Greek championship, the club’s best-ever league finish in its history.

Welcoming Vergetis to the Club, Nikolaos Topoliatis, Football Director, RoundGlass Punjab FC, said, “We are excited to bring Vergetis on board as our First Team’s Head Coach. We are confident that he will help the team become championship contenders in the coming season and develop the players to help them achieve their maximum potential. A warm welcome to him on behalf of everyone at the Club.”