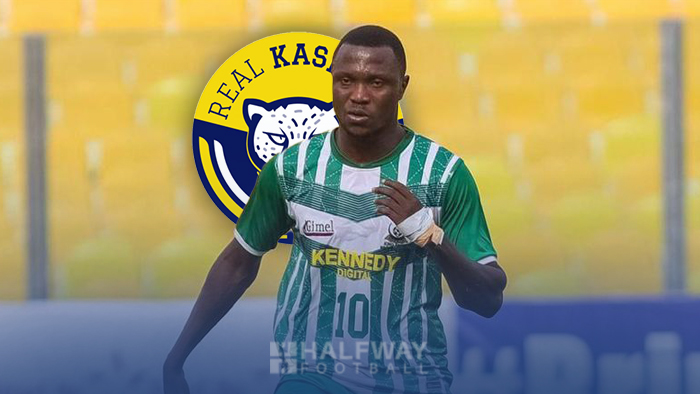 “Wadudu Yakubu has penned down a one-year deal with Real Kashmir FC,” a source tracking the deal informed Halfway Football.

27-year-old Yakubu has previously played for Ghana Premier League clubs Legion Cities and King Faisal. He primarily plays as a central midfielder but has also played as an attacking midfielder as well as on the right flank.

The 1.7M tall midfielder had taken a break from football after his stint with Legion Cities in the 2014-15 season due to an injury. Before moving to India, he was playing for Ghanaian side King Faisal Football Club. The midfielder has found the net 4 times in around 60 matches and has decent defensive contributions too.

Yakubu becomes the fifth foreign addition of the Snow Leopards. The club had earlier roped in defender Lamine Moro, strikers Seidu Issahak & Ibrahim Nurudeen, and midfielder Nozim Babadzhanov. They have also made a couple of domestic recruits which include the addition of experienced defender Abdul Hakku and midfielder Loken Meitei. Led by former Indian international Mehrajuddin Wadoo, the Kashmir-based I-league outfit will be looking to give their best in the upcoming season.