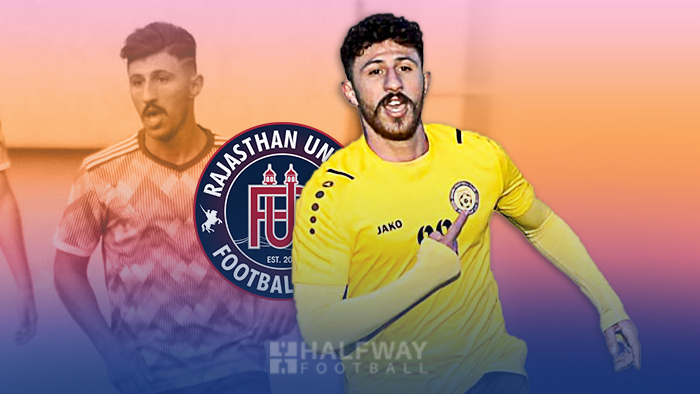 I-League side Rajasthan United FC has secured the signature of Lebanese midfielder Youssef Atriss on a one-year deal, Halfway Football can exclusively confirm.

A source tracking the development informed Halfway Football, “Lebanese midfielder Youssef Atriss has signed for Rajasthan United. He has signed a one-year deal.”

The 24-year-old midfielder has played for several clubs in his home country Lebanon. Salam Zgharta, Shabab Bourj and Chabab Ghazieh are the clubs he has represented. In the summer transfer window of 2021, he joined Bourj FC in the Lebanese first division and played almost 20 matches for the club. He has also represented his country in the AFC U-20 Qualifiers in 2016.

Rajasthan United FC’s preparations for a brand new season is underway, as the club will be taking part in the 131st edition of the Durand Cup which will begin on August 16. As Halfway Football revealed earlier, the Jaipur-based club has already completed the foreign signings of Martin Chaves, Aidar Mamabateleiv and Sergio Barboza Jr.