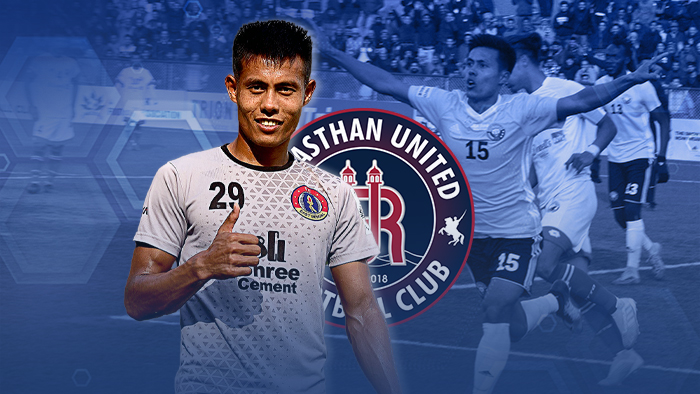 Surchandra Singh is a 28-year-old midfielder who has experience of playing in the I-league as well as in the Indian Super League. Making his senior debut for DSK Shivajians, he has played his traits for Real Kashmir FC, East Bengal and many other clubs.

He has the experience of playing in the Indian Super League for both Mumbai City FC and East Bengal, featuring 15 games in the Indian top-tier football. Last season he wore the Real Kashmir’s shirt in 8 games, and bagged two goals and an assist to his name.

The signing will add experience to the Rajasthan United FC midfield as they continue to strengthen their squad with plenty of additions during the ongoing transfer window. The Jaipur-based club has already signed three foreign players Martin Chaves, Aydar Mambetaliev and Sergio Barboza Jr., which were exclusively confirmed by Halfway Football.