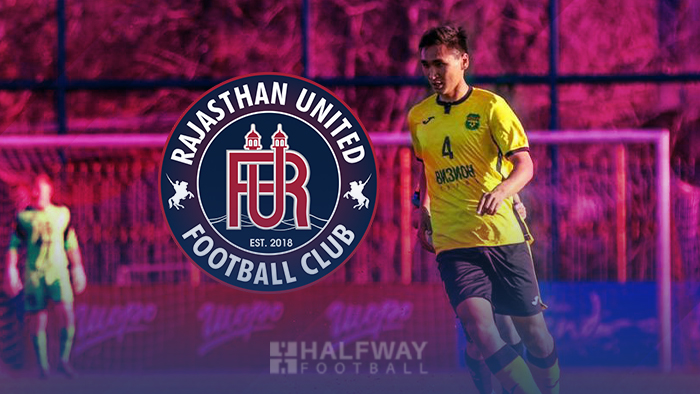 The 24-year-old defender started his professional career at Alga Bishkek. The player also piled his trade for Abdysh-Ata Kant, FK Kaganat & Alay Osh in the country. His first stint outside the country was with Maldivian outfit Club Valencia.

Ococias Kyoto (Japan) and Bangladesh Police (Bangladesh) are the other foreign clubs for which the former Kyrgyzstan U23 international have booted up.

The 1.9m tall defender is currently playing for Kyrgyzstan’s top-tier outfit Alga Bishkek. In the ongoing season, from 9 matches, Aydar (Mambetaliev) has scored 3 goals and provided one assist too. Primarily a centre-back, Aydar can also be deployed as a defensive midfielder or as a full-back.

Rajasthan United FC has announced plenty of domestic recruits. They have also secured the service of Uruguayan attacker Martin Cháves and are finalizing the other foreign contingent.