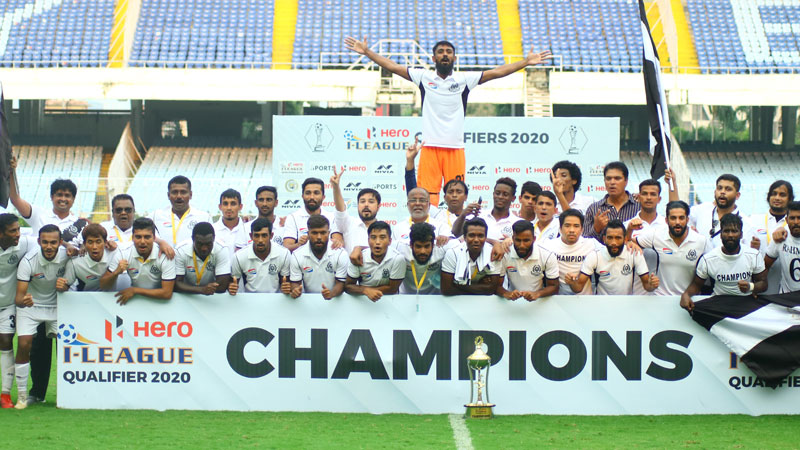 The Hero I-League Qualifiers 2021 is all set to kick-off at the Bangalore Football Stadium in Bengaluru, on Monday, October 4, and is set to conclude on Saturday, October 23, 2021.

With 10 teams participating in the tournament, the clubs have been divided into two groups of five each, and the action gets underway on Monday October 4, with two debutants, Madan Maharaj FC and Hyderya Sports Kashmir FC squaring off at 12.30 PM IST, in Group A.

Meanwhile, the action from Group B kicks-off a day later, when Kerala United FC take on Kenkre Sports at the same venue at 12.30 PM IST.

As per the tournament format, the group stage will see two matches being played on a daily basis – the first one at 12.30 PM IST, and the second at 3.45 PM IST.

The teams finishing at the top of the two groups will proceed to the Final Round, where they will play against each other once in a round-robin format. The team that finishes top after the end of the 26 matches will earn promotion to the Hero I-League 2021-22 season.

The venues and kick-off timings for the final matchdays of Group A, Group B, and the Final Round are to be decided (TBD), based on the standings of the respective teams at that time.