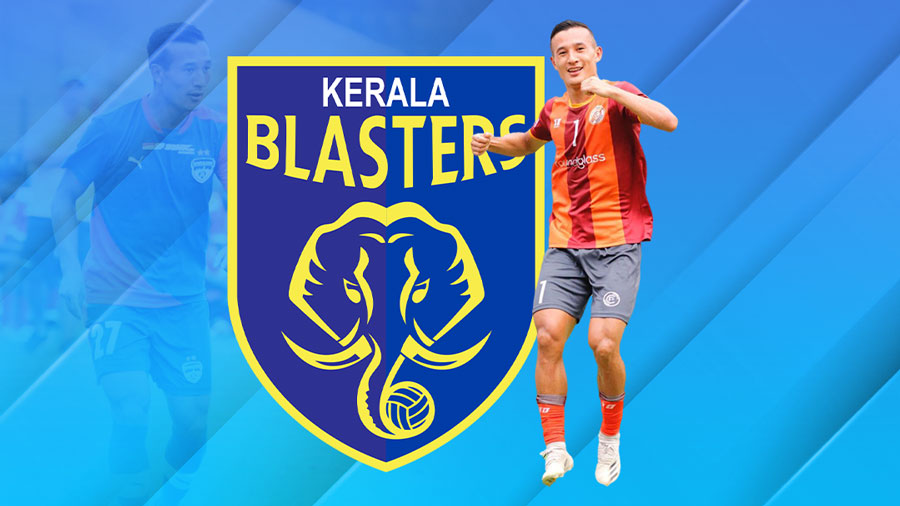 Most of the Indian Super League outfits are panicking to complete their Asian void within the transfer deadline day. Kerala Blasters FC accompanies the service of 25-year-old attacker for the upcoming season.

Chencho started his career at Yeedzin FC in Bhutan. Outside Bhutan, Chencho has spent a major part of his career playing in Thailand with Satun United, Nonthaburi FC, and Surin City, and also in Bangladesh with Abahani Chittagong. He was linked to Indian football clubs since 2014 but eventually signed for Minerva Punjab FC before Hero I-League 2017-18. He finished as their top scorer with seven goals, as they became the first club from Northern India to win the Hero I-League title. With 10 goals to his name, he is also Bhutan’s leading scorer in senior international games.

Chencho Gyeltshen was among the title holders of Bengaluru FC during the 5th edition of the Indian Super League. Chencho appeared for 9/18 matches and scored 2 goals against the Highlanders on both the reverse fixtures and played a prominent role in AFC CUP fixtures for BFC.

Under the Serbian gaffer Ivan Vukomanovic, KBFC has pulled off a decent foreign squad for the upcoming 130th edition of the Durand cup as well as for the ISL 8. Enes Sipovic, Adrian Luna, Jorge Pereyra Diaz and Alvaro Vazquez are the 4 foreigners expected for the Durand Cup fixtures.