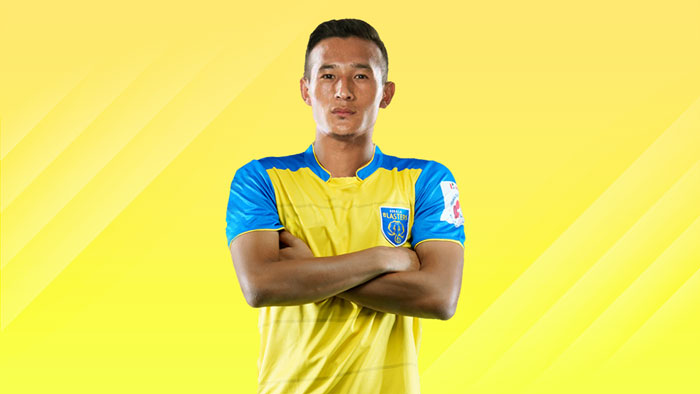 Kerala Blasters FC has announced the signing of the Bhutanese forward, Chencho Gyeltshen for the upcoming season of the Indian Super League (ISL). He joins the club from Roundglass Punjab FC.

Although the 25-year-old started playing football in primary school, his football journey started in 2008 when he got into Yeedzin FC and played in the Bhutan National League for four years. In 2014, he joined and became the captain of Druk United FC of the Thimpu League. He also played for them in the 2014 King’s Cup. A year later, he played for Thimpu and completed the season as the League’s top scorer. He then went on to sign the Buriram United FC in 2015 and was loaned to the Thai club Surin City FC, making him the first Bhutanese footballer to play for an international club. In the course of 2016, he played in clubs like Nonthaburi FC and Satun United FC and returned to Thimphu. Following the 2016 season, Gyeltshen joined Chittagong Abahani of the Bangladesh Premier League and bagged five goals in seven matches after which he got in the squad of Thimphu city.

We now have Bhutanese Goal Machine in our ranks 🔥😍

“Chencho is a player who doesn’t need any adaptation to India. He has been playing here for the most of his career.  He immensely appreciates the opportunity to come back to ISL. I wish Chencho all the best here in the Blasters family.’ said Karolis Skinkys, Sporting Director, Kerala Blasters FC.

‘Football is all about the fans that support us and Kerala has the best fan base. I am very excited to be part of the team.’ Says Chencho Gyeltshen.

Chencho Gyeltshen becomes the fifth foreign signing of the club this season. He is expected to join the squad for its inaugural Durand Cup.