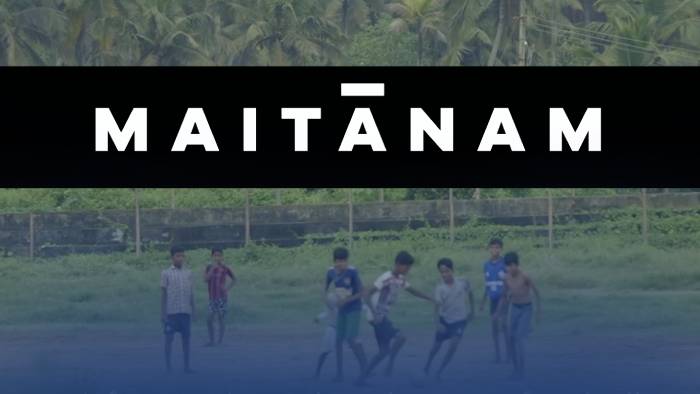 With this documentary, RISE Worldwide shines a light on the ‘beautiful game’ as played in India. The 40-minute love letter to the game, MAITANAM comprises six inspirational and vivid stories from the Indian state of Kerala where football is a way of life. The docu-film is now streaming worldwide on the FIFA+ (Watch it here)

MAITANAM, the Malayalam word that literally means ‘ground’ or, by extension, stadium, is a loving ode to Kerala’s passion and attempts to capture the Malayali passion for the sport, and also its ubiquity in the state of Kerala. From the state capital Thiruvananthapuram in the extreme south to the commercial capital Kochi, to the cultural capital Thrissur — the documentary covers diverse terrains, meeting priests that play barefoot, a women’s team that has been making waves in overseas competitions, little girls training under nonagenarians; and a fascinating football commentator whose passion for the game is manifested in every belly-laugh and anecdote to the game of football in the state of Kerala.

Andrew Whitelaw – Commissioning Editor & APAC Content Lead, FIFA+ “We are happy to partner with RISE Worldwide as we foray into the Indian market with MAITANAM, a docu-film on football set in the football-loving state of Kerala. FIFA+ Originals are aimed at millions of sports fans across the globe. These films throw up unique perspectives on how football is played across geographies and cultures and the place the game commands in the hearts of fans.”

James Rego, Head of Broadcast & Production, RISE Worldwide said, “We thank FIFA for extending this opportunity to showcase the passion for football in parts of India. We are humbled and privileged to bring to the world the extraordinary sway of football across the local grounds and lanes in Kerala in our documentary. We take great pleasure in partnering with FIFA+ and look forward to showcasing our production expertise as we connect with billions of football fans across the world. MAITANAM, shot with state-of-the-art equipment by our world-class creative team marks India’s first step in multilingual indigenous football storytelling.”