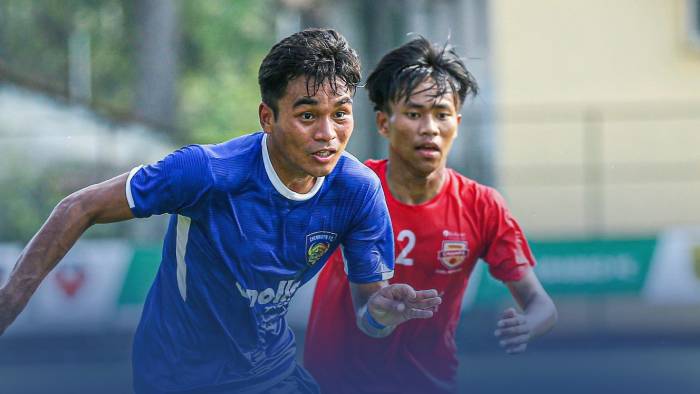 Reliance Foundation Young Champs (RFYC) will look to extend their unbeaten run when they take on Jamshedpur FC, while Bengaluru FC will aim to consolidate their lead at the top of the table when they clash swords with Chennaiyin FC, in round-five Reliance Foundation Development League (RFDL) matches here on Tuesday.

The inaugural RFDL returns to action after a four-day break where teams have had time to recover and get ready for the business end of the competition.

At Nagoa Ground, RF Young Champs will have to be at their best when they take on Jamshedpur FC who would want to forget their last outing and get back to winning ways. Jamshedpur, who have looked strong so far, were beaten 0-2 by Kerala Blasters in their last outing.

It was a game where the Red Miners had little say as Kerala bossed proceedings. It was their first defeat in the league and they now find themselves in third place with seven points from four matches.

RF Young Champs have had an upturn in fortunes, the youngest team in the competition recording a convincing win against Mumbai City FC to then follow it up with a gritty goalless draw against Chennaiyin. The Arata Izumi-coached side though will be aware of Jamshedpur’s strengths while keeping the ball and having skillful players like Piyush Thakuri and Phijam Singh in their ranks.

RF Young Champs, placed fourth with four points from the same number of games, showed their attacking teeth against Mumbai and were dogged defensively against Chennaiyin showing signs of their all-round game. Against Jamshedpur, a complete performance will be needed and Arata is well aware of that.
Meanwhile, at Benaulim Ground, Bengaluru will be hot favourites against Chennaiyin who are yet to win a game in four engagements. The Blues, on the contrary, have won all their four games sitting pretty at the top of the table with 12 points from four games. The Blues were rampant against bottom-placed Mumbai City FC, winning by a 5-0 margin to underline their supremacy. In Chennaiyin, they will find a tougher opponent who have been strong at the back as displayed against RF Young Champs.

The Marina Machans have shipped four goals so far and although they haven’t found the back of the net as often, it is a good defensive record and coach Cleofas Alex will hope they continue the good work against a strong Bengaluru side who have players like Rahul Raju who has scored in every game. Bengaluru also have players like Bekey Oram and Namgyal Bhutia who have impressed so far. They will also hope Sivasakthi Narayanan gets back to action should he  recover from a knock.