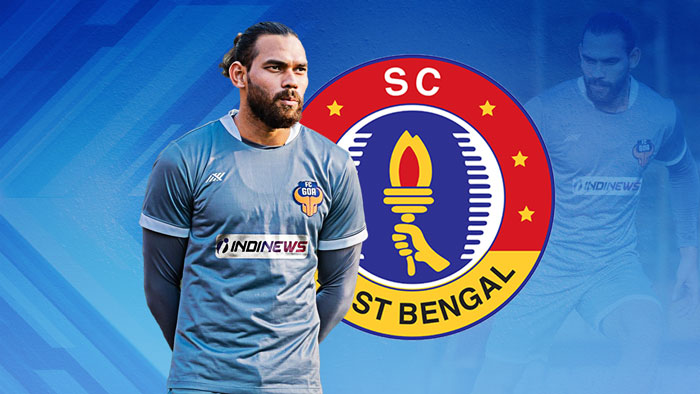 SC East Bengal is diligently working on domestic recruitment at the dying minutes of the summer transfer window. 33-year-old defensive midfielder Adil Khan is on the verge of signing for the Kolkata-club from Hyderabad FC.

The Indian International possessing the ability to play both in the midfield as well as in the backline, the 32-year-old Adil Khan had played for FC Goa as a loanee from Hyderabad FC during the mid-season of ISL 2020-21.

A way back through: Adil Khan

Adil’s professional career began in 2008 in the colors of Sporting Clube de Goa after making a move from SESA Academy. After spending years with the Flaming Orange he moved to Kolkata to feature in the Green and Maroon of Mohun Bagan (now ATK Mohun Bagan).

After spending the initial Indian Super League season with Delhi Dynamos FC, Adil has gone on to represent FC Pune City and Hyderabad FC in the tournament. Having appeared 68 times in the ISL and with 11 India caps to his name.

ALSO READ: Who is Bruno Ramires? Is he the right man in the midfield for Bengaluru FC?

Faced transfer ban from FIFA due to non-payment of dues to Johnny Acosta and term sheet issue between Shree Cement, at last, breaking all the controversial barriers, at August 25 SC East Bengal assured their position in the upcoming ISL 2021-2022.

After the chaos faced during the offseason, SC East Bengal is trying to wrap up the domestic recruitment mostly in the mode of loan as the majority of the recruited players have an existing contract with their club. As of now Amarjit Singh Kiyam, Romeo Fernandes, Jackichand Singh, Songpu Singsit and Sarineo Fernandes have been the confirmed moves to SC East Bengal.