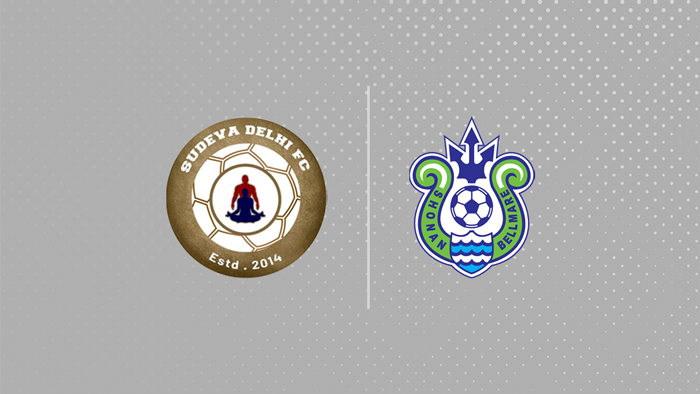 Sudeva Delhi FC, the capital’s first football club that entered the Hero I-League in 2020, is onto making new historical milestones. The virtual announcement of the first-ever alliance of a Japanese football club, Shonan Bellmare, with Sudeva Delhi FC, highlights a cultural collaboration of the two prominent Asian countries. The MOU states the term to be valid from 1st January, 2021 to 31st December 2023.

Shonan Bellmare, the top division league club in Japan also simultaneously made the official announcement in their press conference that was joined by about 50 media houses in Japan.

Mr. Anuj Gupta, President at Sudeva Delhi FC, expresses his excitement on the 3-year partnership, and the homogenous mindset of Shonan Bellmare & Sudeva Delhi FC, when it comes to the development of grassroots, youth & senior level players. He states, “Our young boys would get an opportunity to go to Japan and be a part of their ecosystem. It’s a great honor and 2022 would mark a historical year for Indian football!”

The objective of Sudeva Delhi FC is to initiate the enhancement of players’ performances through a professional setup. The club looks forward to adding & learning better recruitment processes, diet for players, session planning through this partnership. This would also give a notable exposure to Indian players to travel Japan & experience international-level football.

Mr. Vijay Hakari, Vice President at Sudeva Delhi FC states, “Indian Football is at an infancy stage and there’s still a lot to learn, but the Indian football has been open to information & learning.” He also highlighted the similarities of genetics, culture & understanding between Japan & India being Asian countries. He states, “We’d be able to exchange information much easier & in a much greater manner. It is an Asian alliance that’s happening that will contribute to the alliance of information & understanding of junior football.”

The President of Shonan Bellmare, Mr. Naohito Mizutani shares that there have been lesser opportunities for him to experience Indian football standards before, but believes that this association would be enriching & informational.

For Mr. Kiyoshi Sekiguchi, the Technical Director at Shonan Bellmare, it is an Asian alliance. He shares that the club has made an alliance with India, and several other countries like Cambodia, Laos, Philippines, and is still on the lookout for more clubs from good football countries like Indonesia, Malaysia and Vietnam.  He comprehends Indian football as tough & high-level, and thus, looks forward to the barter of knowledge & expertise.

The press announcement was also joined by the Technical Director at Sudeva Delhi FC, Mr. Chencho Dorji, who has had a previous learning experience in Japan. He shares how the partnership acts as a bridge to initiate an exchange of technical expertise as well as players & coaches. He also emphasized the development of a youth curriculum & a sustainable ecosystem for both the clubs.

Sudeva Delhi FC is currently expanding its wings and also venturing out for a Baby League. The launch of the Junior Football League will witness trials at the major football cities in India, where raw talents aged 8 to 11 years would be given an opportunity.