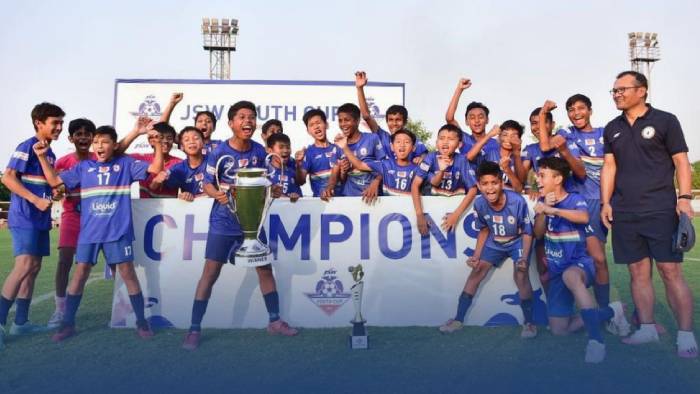 The JSW Youth Cup Under-13, kicked-off at the Inspire Institute of Sports in Vijayanagar, Bellary on the 17th of April, 2022. The country’s best residential academies were invited to participate in the tournament which featured the Under-13 teams of FC Goa, Roundglass Punjab FC, Sudeva Delhi FC and the hosts, Bengaluru FC. The tournament was played in a double league format with the top two finishers in the group stage competing in the final for the Championship while the 3rd & the 4th placed teams featured in the third place play-off match. Sudeva Delhi FC led by Uttam Singh, the head coach & Soumya Purkait as team manager emerged as the champions by remaining undefeated in their seven matches. Sudeva Delhi FC’s young gem, Mars Ningthoujam was awarded the Top Scorer award for scoring a total of 9 goals in 7 matches including one hat-trick.