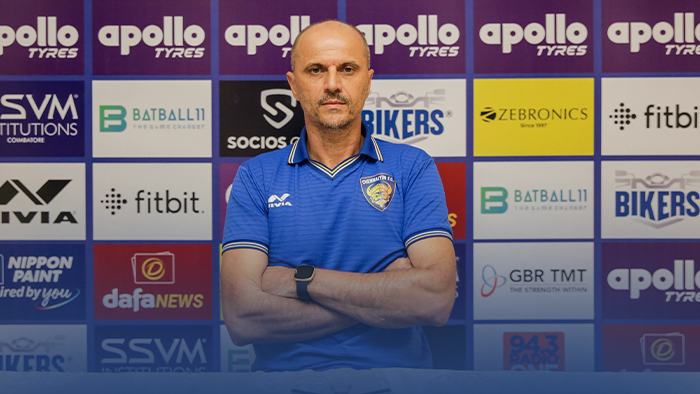 Chennaiyin FC will look to bounce back when they clash against Odisha FC in their next Hero Indian Super League match at the Tilak Maidan in Vasco, Goa on Saturday.

“I believe in the team and my players. We need to keep going and reach our targets, we need to be ready for that. It’s a new game, new three points and we need to go for it. Win [against Odisha] will give our confidence back,” Chennaiyin FC head coach Bozidar Bandovic told media on Friday via a virtual press conference ahead of the club’s sixth match.

The Marina Machans are positioned fifth, with eight points, after losing to Mumbai City FC by a solitary goal in their last match. However, a strong show against Odisha will help them temporarily regain their position in the Top four.

Talking about the challenges and approach against OFC, Bandovic said: “For me, every game is difficult. They [Odisha] are a very good team, they have some dangerous players who can create problems. But we are ready for it with full discipline and concentration to score goals and win the game.”

The Montenegrin coach believes in backing his players and is confident that his side will soon start converting the opportunities into more goals. “Yes, we have created many chances but missed scoring goals. We need goals. When you make chances, the goals will come. I believe it is just a matter of time, we will score goals,” the 52-year-old concluded.

In the two matches played last season, the first game ended in a draw while Chennaiyin FC emerged victorious with a 2-1 margin in the second.