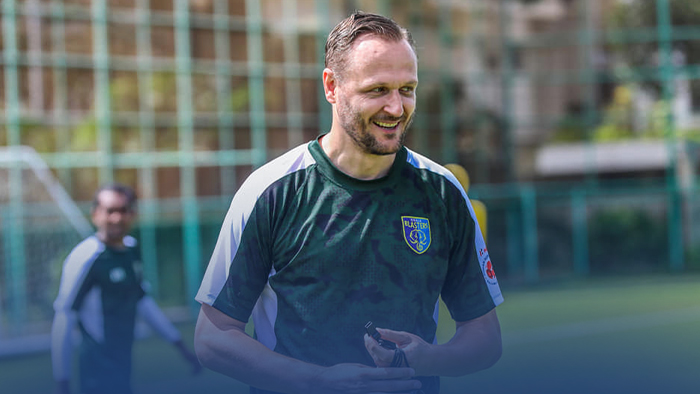 The league leaders Mumbai City FC will welcome Kerala Blasters FC on 19 December at the Fatorda Stadium. Des Buckingham’s side is high-flying, leading the table with 15 points and scoring 17 goals in seven games. Ivan Vukomanovic shares his thoughts on facing a strong team like Mumbai City FC.

“They are at the top of the table, and they’ve shown us that they are one of the best teams. For us, every game is tough, it doesn’t matter if we’re playing teams from who are at the top or bottom, every game is a fight for us. In every game, we go out with certain strategies to do certain things. I like these kinds of games, I prefer to play such games every three days. These kinds of games help players to become better and improve themselves.”

“I hope we’ll have a good game tomorrow which will be exciting to play and also to watch. We also hope that there will not be any bad decisions from the match officials,” he added.

The absence of defender Enes Sipovic, who is missing due to injury, will provide opportunities for the team’s young Indian defenders. Abdul Hakku, Bijoy Varghese, and Ruivah Hormipam are some of KBFC’s promising defenders. When asked if it would be a challenge for him to select a defender for tomorrow’s game Vukomanovic said, “These boys have the potential. We are very pleased to have them on the team. They have the quality to play these kinds of games, there’s no problem in starting either of them. This is how all young players start their careers. We’ve seen Bijoy, and we are excited to see Hormipam soon. Hopefully, these boys will develop and become important players for the Blasters in the future.”

Rahul KP and Albino Gomes, who are both injured and undergoing rehabilitation, were also mentioned by the coach. “They are out of the bio bubble and have started rehabilitation. We can expect Rahul to join us in the first week of January and hopefully, he will start playing by mid-January. And with Albino, we are waiting for the results of some extra tests he did to know how to proceed with the rehabilitation.”

The manager also discussed about the upcoming January transfer window and the challenges of signing players in such a short league, “We just had some conversations with the management. We’ll see it in January after considering the medical status and some ideas. It is difficult to get foreign players because they have to quarantine and get inside the bio bubble when there is just a month remaining for the ISL to end. It’s easier to sign domestic players who play ISL as they are already in the bubble.”

Vukomanovic expressed his thoughts on Kerala Blasters’ first five games. Kerala Blasters are currently in eighth place on the standings with six points after five games. This is the Serbian coach’s assessment of the team’s performance thus far.
“I don’t wish to talk about it but in the first game we conceded an offside goal in the second minute that changed everything and in the last game we scored 3 goals but 2 were disallowed. We should be having more points.”

He further added, “We are in a process, we are building certain things, helping players to improve. In this period, we are collecting points, staying positive, and trying to be consistent. This kind of approach will make the team stronger. We were the better side even in the games we lost, we had better possession, we were dominant and pushed high up the pitch. The only game in which we were trailing a bit with strategy was against Bengaluru because we had to play three games in nine days.”

The coach also discussed Sahal’s performance and how limited the role of a coach is during a game, “As a coach, I’d never dare to tell the players what to do when they have possession. On the pitch, it is up to the players to make the decisions. Sahal is a quality player. He should know that now he has to be consistent and show quality in last passes and scoring goals. We are happy with his improvement and approach, but he still has room for improvement, not just him all the players. Coaches can only provide options during the training so that they recognize such situations on the pitch.”