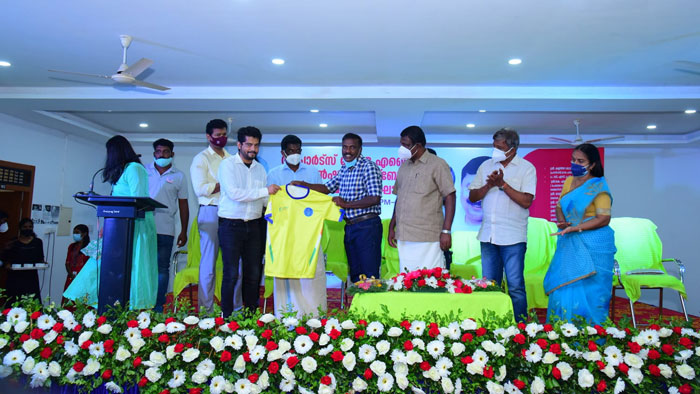 Kerala Blasters FC has announced their partnership with the Government of Kerala (DSYA) for operating the Sports Kerala Elite Residential Football Academy at GV Raja Sports School, Thiruvananthapuram as their Technical Partner. This partnership is one of its kind in India, and the Center of Excellence will be managed by KBFC for an initial period of five years. The inauguration of the academy took place on September 16, 2021 at 3:30pm. It was inaugurated by Chief Minister Pinarayi Vijayan and chaired by the Sports Minister V. Abdurahiman.

This collaboration is to ensure Kerala to be the production hub of world-class footballers for both Indian and International football in the forthcoming years by providing the budding talents an all-rounding opportunity and a successful career path. They also aim to establish the state as a football destination for the development of the young talents and the Youth National Team. The academy will have three age group teams – Junior groups of U14 and U17 and Senior group of U20, with the aspiration of having 100 percent of domestic players in the youth teams.

Kerala Blasters will bring aboard various management and technical experts to operate the academy in providing the best-in-class football program in the country. The academy has also got world-class infrastructure, turf and support facilities required to make this vision into reality. KBFC would like to take this opportunity to appreciate the vision and initiatives undertaken and accomplished by the Kerala Government for the growth of the football fraternity.

‘We would like to extend our heartfelt thanks and gratitude to the Government of Kerala for the first of its kind partnership in India. Through this project, we aim to assist young talents from the state and make them into sought out footballers of tomorrow through the best-in-class infrastructure, football program, life skills and education. We are honored to have our esteemed Chief Minister Pinarayi Vijayan inaugurate the academy.’, says Mohammed Rafik, the Director of Football, Kerala Blasters FC.