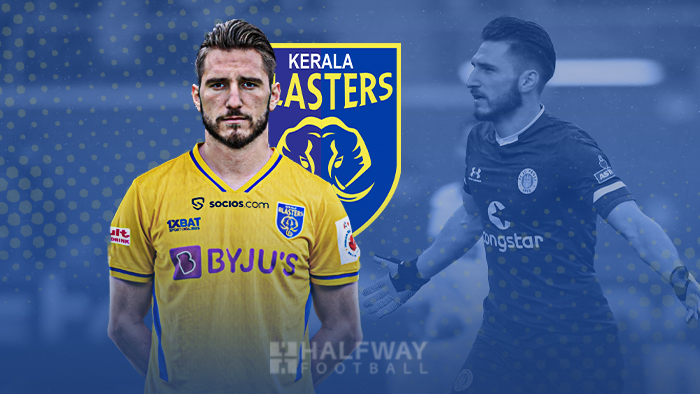 The striker started his youth career with Greek side Atromitos Piraeus. In 2009, he joined the youth team of Olympiacos. His impressive performances in the U19 league and Youth Champions League later earned him a senior team contract with the club. Between 2012 and 2014, he was loaned out to several Greek sides like Panionios Athens, Aris Thessaloniki and Ergotelis FC, scoring a total of 14 goals from 49 games before returning back to Olympiacos where he added another 4 goals from 17 appearances.

In what would turn out to be a fresh and long chapter of his career, in 2015, Diamantakos went on loan to German Bundesliga 2nd Division side Karlsruher SC before making a permanent switch to the German club the following summer. This was the beginning of a 6 year stint in Germany, where he also played for VFL Bochum and FC St. Pauli, during which he recorded 34 goals & 8 assists in over 100 appearances. In the summer of July 2020, he signed for Croatian top division side Hajduk Split on a three year contract and has made over 30 appearances for the club. Prior to joining the Blasters, Dimitrios had a loan stint with Israeli side FC Ashdod.

Dimitrios has represented Greece at all youth levels, scoring 19 goals in 46 matches. He was the runner up at the European U19 Championship as well as the 2nd top scorer of the tournament. Diamantakos has also played 5 times for the Greece National Team under former Premier League winning coach Claudio Ranieri.

Doubling the Greek presence in our dressing room! 🇬🇷👊

Commenting on the Blaster’s last foreign signing of the summer Sporting Director Karolis Skinkys said “I would like to invite all Kerals fans to congratulate Dimitrios in the best possible way. That’s the quality of what we deserved in this prestigious club. I wish all the best to Dimitrios in this season”

“I’m so excited about the new chapter that opens in my career. It’s a big challenge for me. I heard a lot about the club, the amazing fans and the history of the team and I will do everything to achieve our goals” said a happy Dimitrios after signing with the club.

Dimitrios Diamantakos becomes KBFC’s last foreign signing of the summer. The Blasters will hope that Dimitrios will add more firepower to the front line, which also includes his Greek counterpart Apostolos Giannou who was signed earlier in the summer.

The club is currently in the UAE as part of its pre-season preparations for the upcoming Hero Indian Super League 2022/23 season. Diamantakos is expected to link up with his teammates in Dubai subject to travel permissions and a medical.