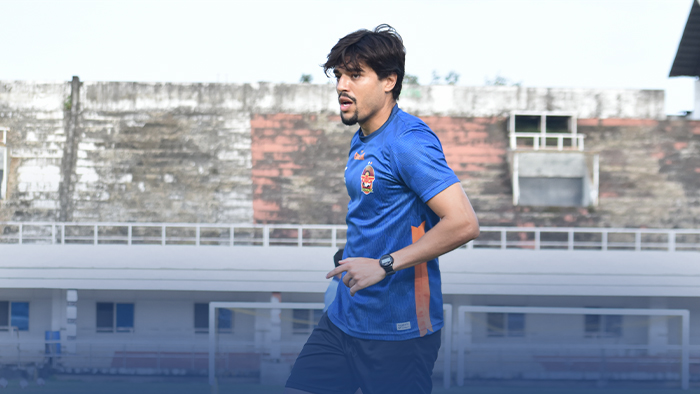 Gokulam Kerala FC have secured the services of experienced midfielder from Brazil Everton Kaka for the upcoming season.

The 31-year-old has experience in playing in Brazil, Portugal, and Saudi Arabia and will be a key player in the midfield of Malabarians in the season.

Kaka started his career in the famed Sao Paulo FC academy and played for its u17 team in 2008. He made an early move to Portugal, signed by second division team SCU Torreense in 2011. He went on to represent different clubs in Portugal before moving to Saudi Arabian club Arar FC.

🥂 Raising a toast to Brazil 🇧🇷 and 𝗞𝗮𝗸𝗮́ 🎩

“I am delighted to sign up for two time Indian league winners Gokulam Kerala FC. With the club I want to win more trophies. This will be a special season for me as I will be playing in front of fans,” said Everton Kaka upon joining Malabarians.

“Everton Kaka is an experienced midfielder and has played for top teams in Europe and Asia. It is a pleasure to have such a player with the team. We wish the best for him in the upcoming season,” said VC Praveen, the president of Gokulam Kerala FC.