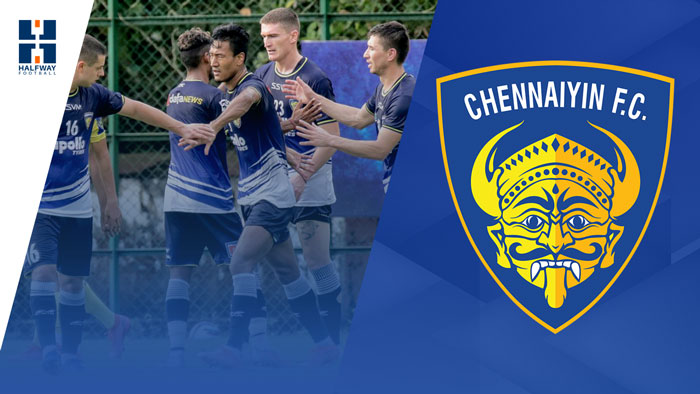 Chennaiyin FC is one of the most consistent clubs in the ISL, making it to the playoffs in four out of seven seasons and winning the title twice.

The two-time champions had a dreadful campaign in the 2020-21 season, finishing eighth with just 20 points from 20 games.

Renovation of the team began with the appointment of Božidar Bandović as the head coach. The Montenegrin has coached various clubs in Europe and Asia. Winning back-to-back league trophies with Buriram United in the Thai League and taking them to the round of 16 of the AFC Champions League are some of his managerial career highlights. Bandović prefers the 4-2-3-1 formation and has also played the 5-3-2 formation at times.

Chennaiyin FC signed five new foreigners this season, midfielders Ariel Borysiuk from Poland and Vladimir Koman from Hungary, Serbian defender Slavko Damjanovic and forwards Mirlan Murzaev and Lukasz Gikiewicz from Kyrgyzstan and Poland respectively. They have also retained the services of Brazilian Rafael Crivellaro, who is one of the best attacking midfielders of the league.

CFC arguably has one of the most lethal attacking options this season. Polish striker Lukasz Gikiewicz will be their main striker who is an expert in converting set pieces, he will be joined by the likes of talented Indian forwards Jobby Justin, Rahim Ali, and the Kyrgyzstan international Mirlan Murzaev. Another attraction of Chennaiyin is their creative midfield with Rafael Crivellaro, Chhangte, Vladimir Koman, Ariel Borysiuk and skipper Anirudh Thapa. New arrival Ninthoi Meetei will also add to the intensity of their attack.

Another advantage is the signing of experienced Debjit Majumder as a backup for Vishal Kaith.

Inexperienced defense is the major and possibly the only weakness of Chennaiyin this season. They’ve only signed one foreign defender and have also failed to sign experienced Indian center backs. Deepak Devrani is yet to make his first appearance in the Indian Super League, while Salam Ranjan has had only a few appearances.

The two-time champions are looking to bounce back after a disappointing season. This new team has the potential to make it to the playoffs, but it all depends on how their defense is going to perform. A 5th or 6th place on the table will be a realistic expectation.