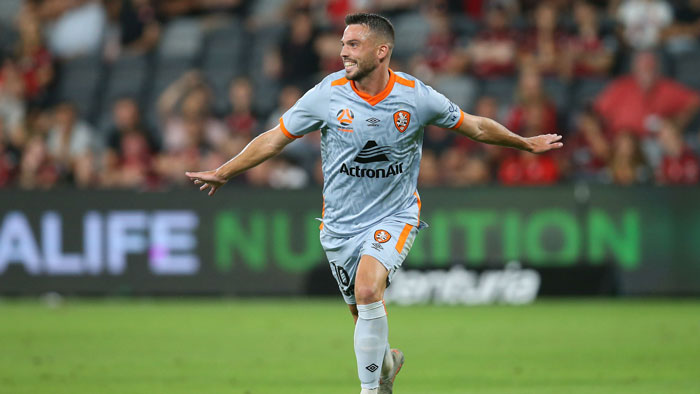 Mumbai City FC has announced the signing of midfielder Bradden Inman. The Australian midfielder joins the defending ISL Champions on a season-long contract until May 2022.

A product of English club Newcastle United’s youth academy, Inman played his football for over 10 years in England, turning out for clubs like Crewe Alexandra, Peterborough United, and Rochdale AFC. In 2019, the Adelaide-born player returned down under to ply his trade for A-League club Brisbane Roar, where he scored four goals and provided five assists in 25 appearances in the 2019-20 season.

The 29-year-old midfielder joined the fellow ISL side ATK Mohun Bagan ahead of the 2020-21 campaign and was loaned out to Odisha FC during the January transfer window. He made a total of 13 appearances in the ISL 2020-21 season, registering a goal and two assists to his name.

We're delighted to announce that Australian midfielder Bradden Inman has joined #TheIslanders on a one-year contract until May 2022! 🙌#AamchiCity 🔵 @brad_inman8

After the conclusion of the ISL 2020/21 season, Inman signed a short-term deal with the A-League club Western United, where he made five appearances for them.

Bradden Inman said, “I am pleased to join the defending champions Mumbai City FC. They have a clear goal and ambition about where they see themselves in the immediate, which is to win trophies and be one of the best clubs in Asia, and my goal will be to do my best in my bid to help the club achieve its objectives.”

“It’s been a wonderful experience so far, for me, to play in India, and I am really excited to have joined Mumbai City. I feel like I have unfinished business in the ISL and I can assure the Club and the fans of my hunger to win football games with my new family.”

Head Coach, Sergio Lobera said, “We are delighted to have an experienced player like Bradden with us at Mumbai City. He’s a quality player, and he is someone who will strengthen our attacking unit. His strong play-making skills will bring a lot of intensity and energy into the side. I am looking forward to working with him, and I am eager to see him make a difference for us on the pitch.”