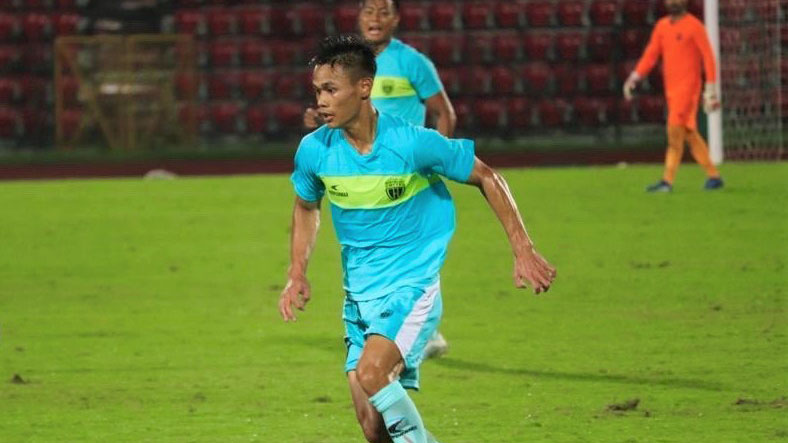 The Imphal-born footballer was part of the Indian team that participated in the FIFA U-17 World Cup hosted by India in 2017. In 2019, Ninthoi made the headlines after winning the Best Player Award and guiding the Indian side to their maiden SAFF U-18 Championship title.

“We are very happy to bring in someone like Ninthoi. He is young but already has 24 ISL appearances under his belt and should help the team for years to come,” CFC co-owner Vita Dani said.

A product of the AIFF Elite Academy, the right-winger started his professional career with Indian Arrows FC in 2017 and spent two years with the I-League club, making 27 appearances including two in the Super Cup.

He made his ISL debut with NorthEast United FC and has 24 appearances for The Highlanders in his two-year spell.

“I am really feeling very happy to be a part of this club [CFC]. This team has that energy and spirit through all these years. I am looking forward to giving the team my best and I am very much excited to kick off with Chennaiyin FC,” the 20-year-old said.

A contract with the two-time ISL champions will provide a great opportunity for the promising youngster to develop his skills as he will be playing along with some of the most experienced names from the Indian and international circuit.

“Ninthoi is a quality young player with space to improve. Our target is to build, work and improve young domestic players because they are the future,” CFC head coach Bozidar Bandovic commented on the club’s new signing.

With the perfect mix of youth and experience in their squad, Marina Machans will look to win the coveted trophy for the third time when the upcoming ISL campaign kicks off later this year.