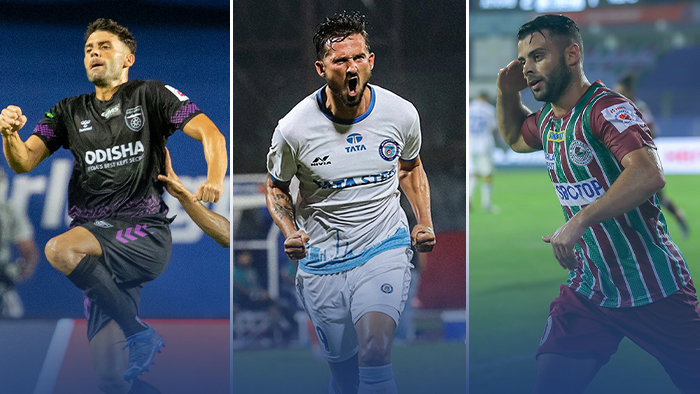 Another week of Hero ISL season 8 action ended yesterday, let’s have look at what awaits us in the upcoming week.

KBFC will host Odisha FC today at 7.30 PM. KBFC is yet to register their win, meanwhile, Odisha has won both their games in style. Today’s match will be a real test for the Blasters’ defense. Kiko Ramirez led Odisha FC is one of the strongest offensive sides this season, scoring nine goals in two games. Odisha doesn’t seem to have any injury problems, on the other hand, KBFC will be missing the services of winger Rahul KP.

The Mariners will play JFC on 6 December. ATKMB and Jamshedpur FC are 4th and 5th on the table respectively. Jamshedpur hasn’t suffered a loss so far in this season with one win and two draws, meanwhile, ATKMB will be looking to bounce back after a disastrous game against Mumbai City FC where they were crushed 5-1 at Fatorda.

The Torchbearers and the Gaurs will battle it out for their first victory of this season on 7 December. FC Goa is going through its worst phase in recent times. Despite having a good team, they’ve lost all three games. FC Goa will be looking forward to getting their first point against host SC East Bengal. East Bengal is also winless, with 2 losses and 2 draws. Placed at 10th and 11th on the table, both teams will want nothing less than a victory.

HFC will take on the Blues on 8 December.

The Nizams are having quite a decent campaign so far with one win, one loss, and a draw. Bengaluru FC started well but couldn’t keep up that momentum, they will be facing the Nizams after a loss to Mumbai City FC. BFC will be missing the services of Leon Augustine and HFC will miss Holicharan Narzary who is out due to an ankle injury.

The Islanders will face the Men of Steel on 9 December. The Islanders are one of the favorites to win the league shield. The team has suffered one loss in the beginning but later came back with two back-to-back victories against ATK Mohun Bagan and Bengaluru FC. It will be interesting to see how Des Buckingham’s boys will take on Owen Coyle’s Jamshedpur FC.

Mighty Odisha FC will host Northeast United on 10 December. The highlanders denied FC Goa a point in their previous outing, with Khassa Camara scoring an injury-time winner. Odisha will be facing the Highlanders after their game against Kerala Blasters FC.

Game week 4 will end with a doubleheader on 11 December.

ATK Mohun Bagan will take on Chennaiyin FC at 7.30 PM and FC Goa will face Bengaluru FC at 9.30 PM on “Super Saturday”. Chennaiyin FC will be looking for a win after playing a goalless draw against SC East Bengal. FC Goa has lost three out of three games, scoring just two goals and conceding eight.