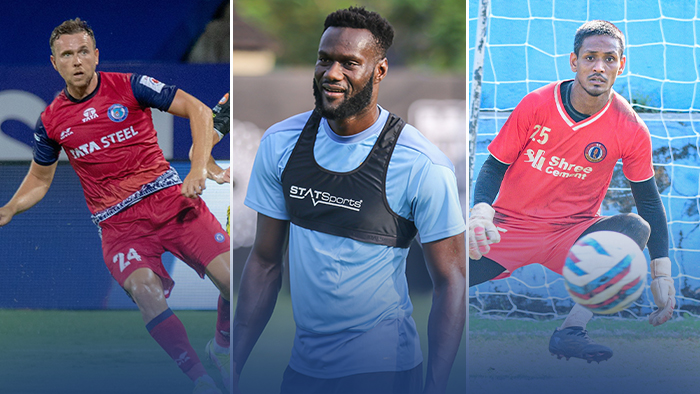 Another game week have ended in the Hero Indian Super League, we are taking a glance at the top performers of this game week.

Ashique had a bittersweet game against familiar foes Kerala Blasters FC. He showed defensive solidarity and went on to attack whenever he got a chance away from defending. And one of his shots made Kerala Blasters goalkeeper Albino make an error and before the end of the celebration, he scored on the other end too. Let’s take a look at his stats.

Lallianzuala Chhangte scored an absolute screamer to give CFC the lead. Chhangte collected the ball from a NEUFC mistake just outside the box, he didn’t miss the chance he got. On top of the goal, he created one big chance and have two shots on target and made one clearance. His stats in numbers.

When Ashutosh Mehta left a big void in the defence Provat Lakra took his opportunity and stepped up as a savior. He made three clearances and kept the defensive shape pretty strong blocking Chennaiyin’s attacks through the left side. He is definitely a reason for not conceding more as he won the majority of the ground duels in the game. His game in numbers

Solid in the Backline and hungry in the opposition box is a perfect phrase to describe his performance against East Bengal. Hector scored twice and absolutely dominated the game in every area. He made 3 blocks and nine clearances to get Odisha FC their thumping victory. Let’s take a look at his numbers in the high scoring match

Absolutely magnificent game from the youngster in his first start of the season. He bagged two goals against Kolkata giants ATK Mohun Bagan FC. Apart from the goal Vikram also created a chance. Also, have the highest passing accuracy throughout the game. His game in numbers.

The first goalkeeper on the list and what an outstanding performance from Suvam Sen. Nobody expected that from him probably. He was given his chance because the SCEB captain Arindam got injured, Suvam stepped up and proved himself. He was a wall in front of the goal.

FC Goa had their third defeat of the season, but Jorge Ortiz had an excellent game. He was present everywhere the team needed him. Ortiz created three chances and took 3 shots on target. Also, he has completed 10 crosses and one block.

Mourtada Fall is the Sergio Ramos of the Indian Super League one can say without a doubt. Rock-solid in the back and a promise of goals upfront he can do both without much effort. Against Bengaluru FC, Fall registered a goal and an assist helping Mumbai City FC to get a thumping victory of 3 -1. He made four clearances and three clearances to avoid conceding more.

These are our choices for top performers of this week and these players were the game changers for their respective clubs.