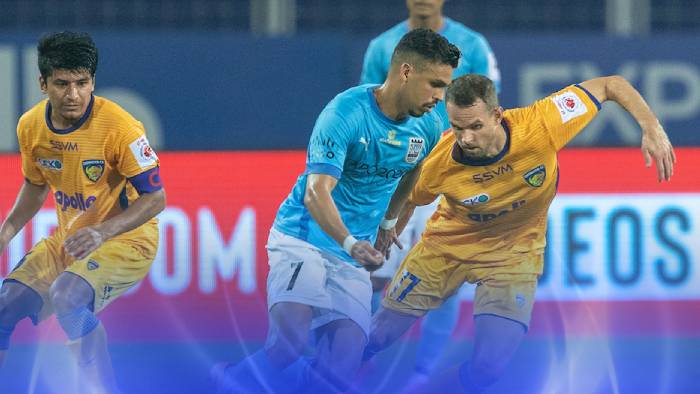 On a sticky wicket after a few underwhelming performances, both Chennaiyin FC and Mumbai City FC will have nothing but a comeback on their minds when they lock horns in the Hero Indian Super League at the PJN Stadium in Fatorda on Sunday.

Chennaiyin threw away a two-goal advantage against struggling SC East Bengal in their last outing, settling for a point and missing on a chance to board the top-four bus. Placed seventh in the points table, they have 19 points from 14 games.

Mumbai City FC are on the same boat, enduring a seven-game winless run and sitting one rung above Chennaiyin at sixth spot with 19 points from 13 games, one less than their rival on Sunday.

A lot of focus will also be on  Lallianzuala Chhangte when he takes on his former side. Chhangte joined Mumbai from Chennaiyin in the January transfer window and came on a substitute in the second half against ATK Mohun Bagan to mark his debut. Chhangte amassed 53 appearances for Chennaiyin over the years, scoring 12 goals and providing 2 assists during his time with the team.

Chennaiyin head coach Bozidar Bandovic will hope marksman Nerijuas Valskis can put his indifferent performance against SC East Bengal behind and find his scoring boots on his 50th Hero ISL appearance. If Chennaiyin win, it will also be their 50th win in the competition.

Valskis is going through a goalscoring drought. He has scored just two goals this season, both of which came against FC Goa in a single game. Apart from that game, he has not scored in a single game in the last 15 matches.

“We need to keep our full concentration in the defensive set-piece. We need to mark well. Now we play against one of the best teams. They have strong players. We need to be focused and try to dominate the game,” Bandovic said.

For Mumbai, an upturn in form is the need of the hour. After their 1-1 draw against ATK Mohun Bagan, the defending champions are in their joint longest winless run in Hero ISL, having not won in any of their last 7 games. The Islanders’ attack, which had carried them in the earlier part of the season, is struggling to click along with their porous defence which has now conceded 22 goals this season.

“The way we have played in the last few games, I am very happy. We have got seven games now and starting tomorrow, the aim will be to get back to winning ways,” Mumbai boss Des Buckingham said.

Asked about Igor Angulo, he added: “He only trained with the team once before the ATKMB game so we did not want to rush him. He has now 45 minutes into his legs and now it’s important that we keep him fresh.”

Mumbai’s last win came against Chennaiyin when the two sides met and Buckingham would hope his charges can get back to winning ways again starting with this fixture.