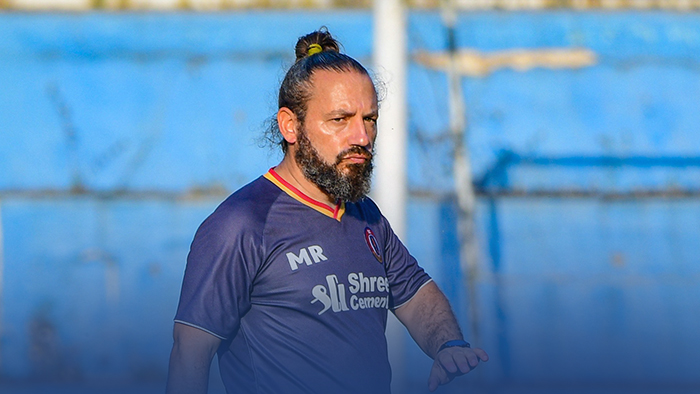 SC East Bengal is going to face Odisha FC in the match no. 84 of Hero ISL. Both SCEB and OFC got 1 point in their last league game by a scoreline of 1-1 against CFC and FCG respectively. SC East Bengal head coach Mario Rivera faced the media before the match.

SC East Bengal is virtually out of the Playoff race, so when Mario was asked about the way he is motivating the players to give their best in this situation, he said, “The players are professionals, they are hungry to win every match, score goals. So there’s no question about any lack of motivation.”

He told the media about his message to the players before the 2nd half in the last game, “In the dugout at half-time in the Chennaiyan FC match, I asked the players to be braver. I asked them to play freely and they delivered.”

The Spaniard admitted the qualities of Odisha FC when talking about them. “Odisha FC are a balanced side, they always have four-plus-two players behind the ball so it’s very difficult to surprise them. They have some good players who have experience in the ISL and some of them have also played in the La Liga,” he said.

The last question was about SCEB’s Brazilian Centre Forward Marcelo Riberio’s performance and expectations from him in the next matches, Mario praised Marcelo Ribeiro for his efforts and he was looking confident, he said, “Marcelo has been working hard, providing us with chances in the opponent half. He won almost all the duels in the Chennaiyan FC match. He is involved in all our attacks someway or the other.”