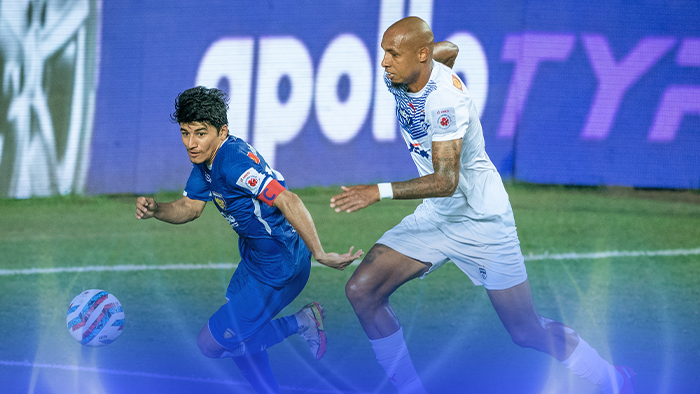 Chennaiyin FC will eye a top-of-the-table berth but will have their task cut out against a spirited Bengaluru FC in the 2021-22 Hero Indian Super League at the Athletic Stadium in Bambolim on Wednesday.

Chennaiyin are fourth on the points table with 18 in their bag from 12 games. A win on Republic Day would see them leapfrog Jamshedpur FC, Kerala Blasters FC and Hyderabad FC to the top of the tree but for that Bozidar Bandovic’s wards will have to topple Bengaluru FC who defied off-field odds to come away with a fiesty draw in their last game.

The Blues hadn’t trained for a week or so in the buildup to the encounter against FC Goa but a Sunil Chhetri goal — his first this season — ensured they come out with a point after Goa had taken the lead.

Bengaluru are eighth in the table and a victory would mean they go within touching distance of the top-four teams. Head coach Marco Pezzaiuoli would be a happy man after Chhetri ended his goal drought. The legendary Indian captain was dropped to the bench after his indifferent start to the season but came back with the bang in the last game.

Pezzaiuoli though would be concerned with the team’s list of injury concerns. “We have a few problems in terms of personnel. Ashique (Kuruniyan) had an injury after a sprint, Cleiton (Silva) is a question mark, and we are not sure if (Yrondu) Musavu-King can play again this season because we have to assess his injury,” the Blues’ boss said on the eve of the game.

For Chennaiyin, Vlagyimir Koman’s return from injury was crowned with a goal in the last game and the Hungarian midfielder is now their leading scorer this campaign with three goals. Bandovic would also like to work on his team’s incisiveness in the final third.

However, Bandovic revealed that talented winger Lallianzuala Chhangte may not be a part of his side. “I’m not playing Chhangte for tactical reasons. The player’s contract is coming to an end and it’s up to the player to make a decision,” Bandovic said.

The last time the two southern rivals met in the derby, Bengaluru ran out 4-2 winners in a high-scoring tie.