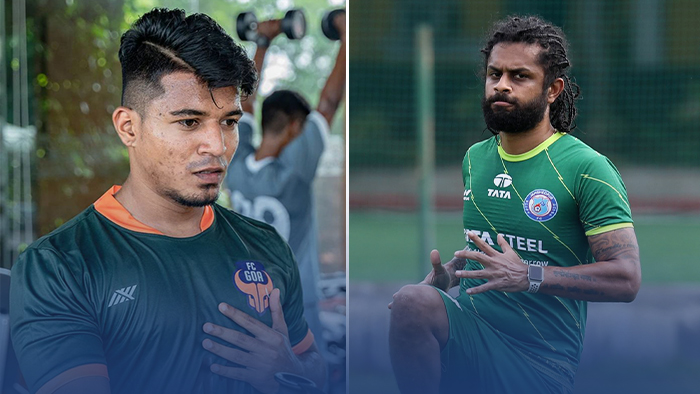 Odisha FC has reached an agreement with Dempo SC for the transfer of 21-year-old goalkeeper, Antonio D’Silva for a duration of 1 and a half years.

Antonio D’Silva began his youth career with the Goan club, Salgaocar FC. He rose through the ranks and eventually signed for their U-18 side, before joining FC Goa in 2017. Later, the goalkeeper played for FC Goa’s developmental team in the I-League Second Division, the Durand Cup, and the Goa Pro League.

Earlier this year, the youngster moved to Dempo SC. He also played in Goa Pro League 2021-22. In the previous season of Goa’s top-tier league, D’Silva made clocked 884 minutes across nine games and made 14 saves.

The club has successfully acquired the services of Karan Amin from Jamshedpur FC. The Mumbai-born defender has signed with the Juggernauts for 1 and a half years with an option to extend for a further year.

Born in Mumbai, Maharashtra, Amin was part of the youth teams of I-League clubs Mahindra United, Air India, and Mumbai. He then went on to represent Mumbai and DSK Shivajians for their senior sides in local tournaments.

In 2014, Amin was announced as part of the PIFA side that would participate in the I-League 2nd Division. Almost four years later, on 23 January 2018, Amin was signed by Jamshedpur of the Indian Super League after a trial with the club. Amin made his professional debut with the club on 2 April 2018 in their Super Cup match against Minerva Punjab. He came on as a 74th-minute substitute for Jamshedpur as they won the match on penalties.