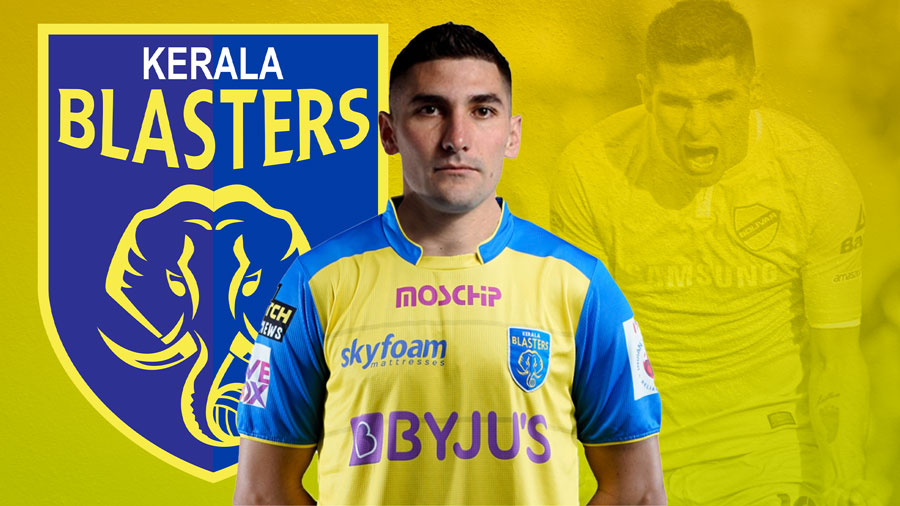 Kerala Blasters FC is delighted to announce the signing of Argentinian forward Jorge Rolando Pereyra Diaz, for the upcoming season of the Indian Super League (ISL). The striker joins Kerala Blasters FC on loan from Club Atlético Platense, until June 30, 2022.

The 31-year old footballer began his professional career with the Argentine club Ferro Carril Oeste in 2008. After four years at Ferro, he went on to play in Club Atlético Lanús, helping his team win the 2013 Copa Sudamericana. Later, Pereyra moved to the Malaysian Super League team Johor Darul Ta’zim FC, scoring 26 goals in 45 league matches over 3 years. During his stint at Johor Darul Ta’zim F.C., he featured in both AFC Champions League-Qualification and AFC Cup. Pereyra has also played for various other clubs such as Club Atlético Independiente, Club León, Club Bolívar and Club Deportivo San Marcos de Arica.

“We are proud and happy to have a good player like Jorge Pereyra in our team. I would like to congratulate him on joining Kerala Blasters. We are waiting for some solid performances from him and hope he will fulfill his potential.” says Karolis Skinkys, Sporting Director, KBFC.

“I am glad to join Kerala Blasters and am equally thankful to the management for giving me this opportunity. I am looking forward to representing the team and experiencing the energy of the yellow army in the upcoming season. I promise to always give my best,” said Jorge Pereyra.

ALSO READ: Kerala Blasters sign Jorge Pereyra Diaz – What can we expect from him?

Jorge Pereyra becomes the 3rd foreign signing of the club this summer. He is expected to link up with the squad directly in Kolkata as the club is participating in its inaugural Durand Cup.