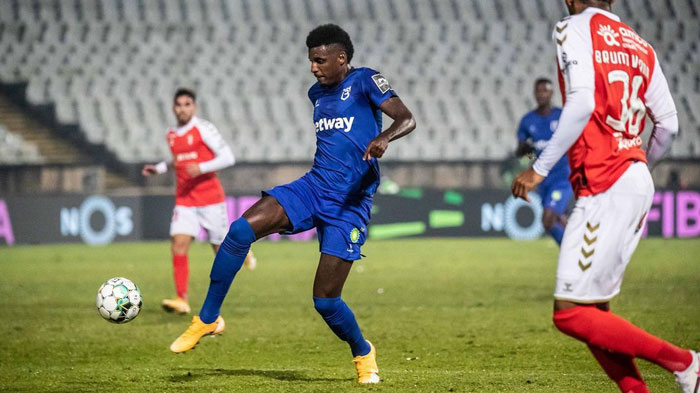 Bengaluru FC, on Saturday, confirmed the signing of Brazilian midfielder Bruno Edgar Silva Almeida, more commonly known as Bruno Ramires, on a two-year deal that will run until the end of the 2022-23 season. Ramires, who most recently played for Portuguese Primeira Liga side Belenenses SAD, is Marco Pezzaiuoli’s ninth signing of the summer.

A product of the Bahia Youth Academy, Ramires turned out for Brazilian sides Vitoria and Cruzeiro before making his first team debut for the latter in 2014. With Cruzeiro, Ramires was part of the team that secured the Brazilian domestic double in 2014, winning the Campeonato Brasileiro Serie A and Campeonato Mineiro.

“I am very happy to have signed with Bengaluru FC. It’s a new challenge for me and I hope to have a good season with my new teammates. My primary target is to fight for trophies with this club, because I know this team has a winning mentality. I want to work hard with my new teammates, play as much as I can and contribute to the team in the best possible way,” Ramires said after completing formalities.

Brazilian midfielder Bruno Ramires has put pen to paper on a two-year-deal that will keep him in Bengaluru Blue until the end of the 2022-23 campaign. 🔥#BrunoIsBlue 🔵 #WeAreBFC pic.twitter.com/TL7vC5rhrS

After a loan spell at Portuguese side Moreirense, Ramires returned to Brazil and plied his trade at Centro Sportivo Alagoano in 2019. A year later, Ramires joined Portuguese LigaPro side Feirense, before making a transfer to Belenenses in the Primeira Liga for an undisclosed fee in 2020. At Belenenses, Ramires made 32 appearances across all competitions, as the side finished 10th in the League.

Speaking on the signing, Bengaluru coach Marco Pezzaiuoli said, “Bruno is a young, influential and a very versatile player who can play in many positions in the midfield. He makes his presence felt on both ends of the pitch, and with his experiences playing in Brazil and the Portuguese First Division, I am sure he will help what is a relatively young squad. His signing will lend the team solidity as we look forward to the Indian Super League season.”

Ramires will join the squad for pre-season training ahead of their upcoming Indian Super League campaign.