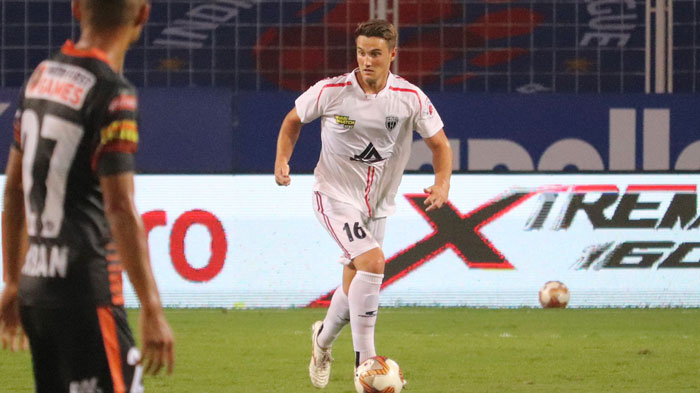 FC Goa have completed the signing of Dylan Fox from NorthEast United FC. The Australian put pen to paper on a one-year contract with the club after completing the formalities on Tuesday.

Speaking to fcgoa.in shortly after sealing his switch to Goa, Fox said: “I am thrilled at having completed the signing. FC Goa was in touch ever since last season was over and it was a move both of us wanted. Last season, I grew to appreciate the kind of football they play and I really wanted to be part of the team. And that was a feeling that was reciprocated. I can’t wait to get started.”

FC Goa’s Director of Football, Ravi Puskur also sounded excited at having completed the swoop. He said, “ We’re pleased to bring Dylan on board. He was a very instrumental player in NorthEast United’s campaign last year and we will he fit be a good fit in our system as well. His knowledge, experience of the league is an added benefit and we expect him to settle into the team in no time.”

The 27-year-old moves to FC Goa having made 21 appearances for the Highlanders last season. He played a crucial role in their campaign, helping Khalid Jamil’s side finish 3rd on the league table before bowing out to ATK Mohun Bagan in the semis.

The centre back earlier spent 4 seasons in the A-League playing for Wellington Phoenix (3 seasons) and the Central Coast Mariners.