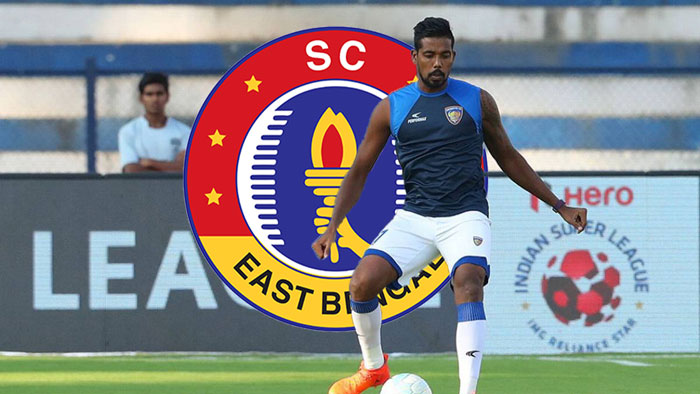 SC East Bengal has agreed to a loan deal for Chennaiyin FC midfielder Dhanpal Ganesh for the upcoming season.

The Chennai-born player joined Chennaiyin FC in 2016 and currently has a contract till 2022.

Starting his youth career with Pune Academy, the 30-year-old signed a professional contract with Pune FC in 2011. He had two loan spells at Pailian Arrows (now Indian Arrows) and Chennaiyin FC before sealing a permanent move to Chennaiyin FC in 2016.

He joined I-League side Chennai City FC on loan from Chennaiyin in December 2016 till the end of the season. He returned to the ISL side and played a pivotal role in the midfield for his team and won the ISL title in the 2017-18 season.

He has played more than 40 matches in the ISL for his home side and has scored two goals. According to Journalist Shilarze Saha Roy, Chennaiyin FC was not interested in letting Dhanpal go, but SC East Bengal boss Robbie Fowler assured him game time and the deal was signed.

Chennaiyin didn't want to let go of Dhanpal Ganesh till late last night. Because Dhanpal was one of their own. The local connect. But trust East Bengal's skills in pursuading a player. Dhanpal agreed on principle that he would get game time. Fowler promised that. So deal done.