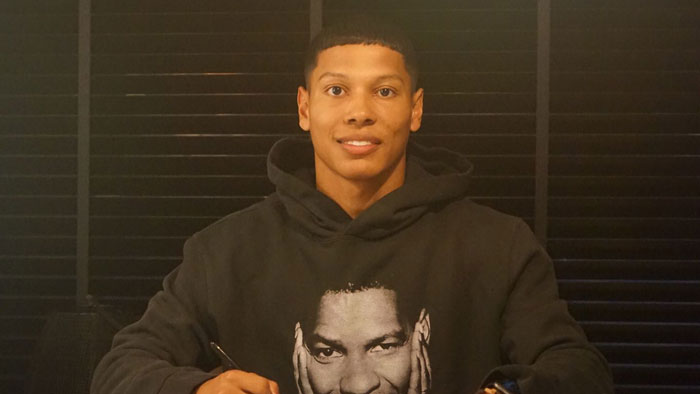 SC East Bengal on Friday bolstered their ranks with the acquisition of young Dutch defensive midfielder Darren Sidoel who put pen-to-paper on a one year deal that will keep him at the club till the end of the Hero Indian Super League 2021-22 season.

The 23-year old Sidoel joins SC East Bengal from Spanish second division club Córdoba CF, having spent last season on loan at Hércules under the tutelage of Diaz. A No 6 in nature, Sidoel can also play at centre-back and central midfield positions with a willingness to move the ball higher up the pitch.

Dutch midfielder 🇳🇱𝘿𝙖𝙧𝙧𝙚𝙣 𝙎𝙞𝙙𝙤𝙚𝙡 has agreed to a one year deal that will keep him with us till the end of the #HeroISL season.#TorchBearers, add to the celebrations, will you! 🎉

“SC East Bengal presents a new opportunity for me. I have played in a few European countries in Europe and picked up quite a lot. I am eager to learn and I believe I can develop playing in the Indian Super League,” Sidoel said after signing on the dotted line.

“I have played under the coach (Manolo) before in Spain and that helps. We have a good understanding and I am looking forward to reuniting with him again.”

Part of the famed Ajax youth system, Sidoel made his debut in the second division of the Dutch league (Eerste Divisie) for Jong Ajax (reserve team of Ajax) in the 2017–18 season, helping them win the title. He also featured in the UEFA Youth League for Ajax II.

“Everyone talks about the Ajax youth system and how good it is. I am proud to have been part of that system. I will look to share my experience with my new teammates at SC East Bengal. It is such a big club in Asia and I know how passionate the fans are here. They will be missed in the stands as we cannot help but not have them due to the circumstances. But they will be with us in spirit every game. I can’t wait to get started,” he added.

“I am happy to have Darren in my plans again. He has age on his side and is hard working. He can play across the pitch and is a utility player. I have had a good chat with him and he is raring to go,” said head coach Diaz.

Sidoel started his career with ADO Den Haag in the Netherlands before joining Ajax in 2012. After making his debut in the Eerste Divisie for Jong Ajax in the 2017–18 season, Sidoel was roped in by English side Reading, getting a taste of football in England as well. He then moved to Bulgarian top division side FC Arda Kardzhali before being snapped up by Cordoba in 2020. Sidoel represented the Netherlands at U-15, U-16 and 17 levels.