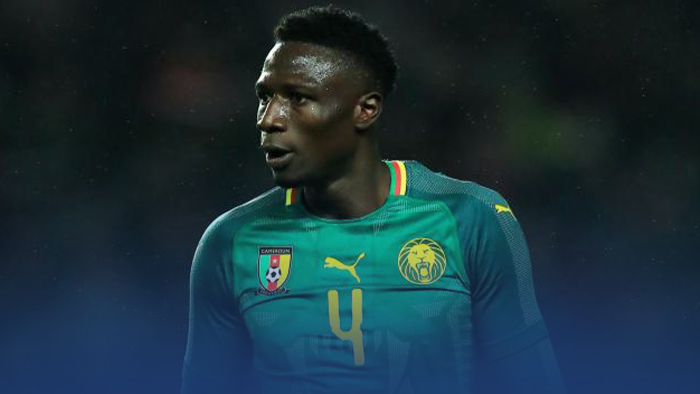 Bengaluru FC, on Monday, announced the signing of Cameroonian defender Yaya Banana on a short-term deal, until the end of the 2021-22 Indian Super League season. The 30-year-old, who most recently turned out for Jordanian Pro League club Shabab Al-Ordon, replaces Yrondu Musavu-King in the Blues’ ISL squad, with the Gabonese defender ruled out through injury.

Having started his career with Achille FC Yaounde in his native Cameroon, the Maroua-born defender moved overseas as a teenager in 2009, to turn out for Tunisian side Esperance Sportive de Tunis. Three years later, Banana made the switch to France, where he signed for FC Sochaux-Montbellard.

Following stints in Switzerland with Lausanne-Sport and Greece with Platanias, Olympiacos and Panionios, Banana moved to Jordan and signed for Shabab Al-Ordon in 2020.

“I’m very happy to sign for Bengaluru FC. The ambition is simple, and that is to finish the season well and in the top four. Coach Marco made me understand that with my experience of playing in Europe and Africa, I can contribute until the end of the season. I can’t wait to meet my new teammates and to do well in the remaining games,” said Banana, after completing the formalities on his deal.

We've got a Lion! 🇨🇲 Cameroonian defender Yaya Banana joins the Blues on a short-term deal for the remainder of the 2021-22 #HeroISL season. #WelcomeYaya #WeAreBFC pic.twitter.com/ocUy9vezQj

Banana is a Cameroonian international, and has represented the Lions at both U20 and senior level, including at the 2019 Africa Cup of Nations where he scored in their opening match against Guinea-Bissau before bowing out to Nigeria in the Round of 16.

Speaking on the signing, Marco Pezzaiuoli said, “It was during the COVID outbreak in the squad where we lost several players, that we took the decision to sign Yaya. We also lost a key player in King through injury for the season and we had to make sure we covered that position. In Yaya, we have a good player to do that for us. He has the experience of playing in clubs around the world and for the Cameroon national team, with whom he was part of the Top XI players in the Group Stages of the 2019 African Cup of Nations. He has a good attitude on and off the pitch, and the ability to strengthen and stabilize our defence while helping our young players develop, as we enter a crucial phase in the competition. I wish him the best and we’re looking forward to have him join training at the earliest.”

The Blues, placed fourth in the Indian Super League with 20 points from 14 games, next face Jamshedpur FC in a clash that is set to take place at the GMC Athletic Stadium, on February 5.