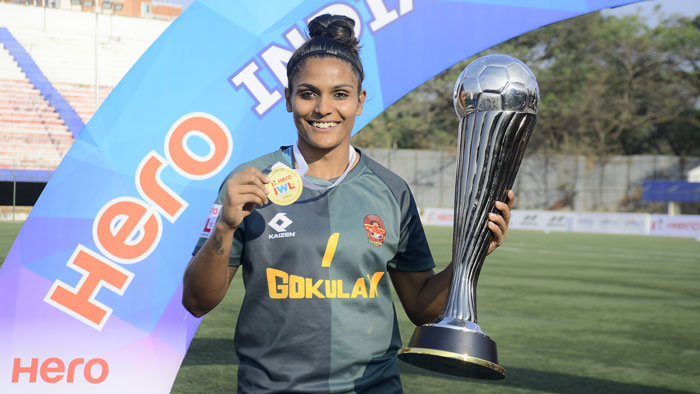 The goalkeeper from Delhi was an integral part of the Malabarians IWL 2019 win. Though she had agreed on a deal with Iceland’s third division team Hamar Hveragerði, the transfer didn’t materialize due to the Covid_19 pandemic.

She has represented India in different age groups and also played in the UK for West Ham United Ladies while the English club was playing in the third division. She was part of the Indian team that won the SAFF Women’s Championship in 2016 and 2019 and won a gold medal at the South Asian Games in 2016.

She is known for her composed nature in front of the goal and also is a ball–playing keeper.

“I am very happy to be back at the club that has given me some very special memories, hope to make more when we play at the first-ever AFC club championship,” said Aditi after signing her new contract with Gokulam.

“We are glad to have the Indian team’s first-choice keeper to guard our net. We believe her experience and ability to inspire players will help us to bring more laurels,” said VC Praveen, the president of Gokulam Kerala FC.