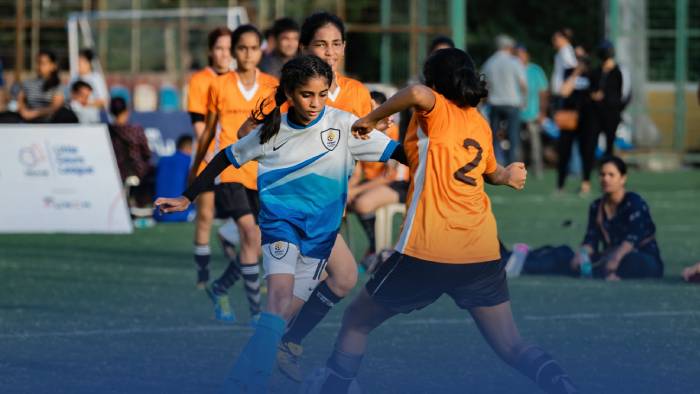 Forca Goa Foundation, in association with Tata Motors, launched a new cup competition, the Little Gaurs League Super Cup, at the Salvador do Mundo Panchayat Ground in Goa on Sunday, May 22.

In what was a follow up to the recently concluded third edition of the Little Gaurs League, a total of 32 teams took part in the inaugural edition of the LGL Super Cup, which was a one-day knockout tournament. These included the top three teams in each age-group category (U6, U8, U10 and U12-girls) at the LGL, from North and South Goa and the top two teams in each category from Vasco.

In the U6 category, Vintage 73 Morjim emerged the winners, beating Denzil Franco Football School 6-2 in the final. Vintage 73 Morjim had also become the U6 league champions in the North Zone earlier this month.

Voody Football Academy, who were the U8 and U12 champions in LGL’s South Zone, also took home the Super Cup trophies in both categories. They beat South-based FC YFA 3-0 in the U8 final and Manovikas 1-0 in the U12 final.

The Salvador do Mundo community team captured the biggest headlines of the day, when they emerged champions of the U10 category. In a hotly-contested encounter, Salvador overcame the challenge of Mumbai-based Learn To Play Football School and won 2-1 to take home the coveted title.

“The idea behind the Little Gaurs League Super Cup was to have a quick knockout tournament with the best teams from each of our LGL zones. It was designed to allow teams to face teams from other parts of Goa and give them an idea of what the competition is like and to see where they stand,” Nathaniel D’Costa, Forca Goa Foundation’s Senior Manager for Community Football said.

“The LGL Super Cup was also a celebration of football, where coaches, referees and parents could visit and meet each other and cheer for children. When children play, everyone wins,” he further added. A total of over 600 people, including parents and well-wishers of the children playing, the teams’ coaches and other staff turned up for the tournament, making it a grand success.

D’Costa also revealed that the fourth edition of the highly successful baby league will be launched in November 2022.