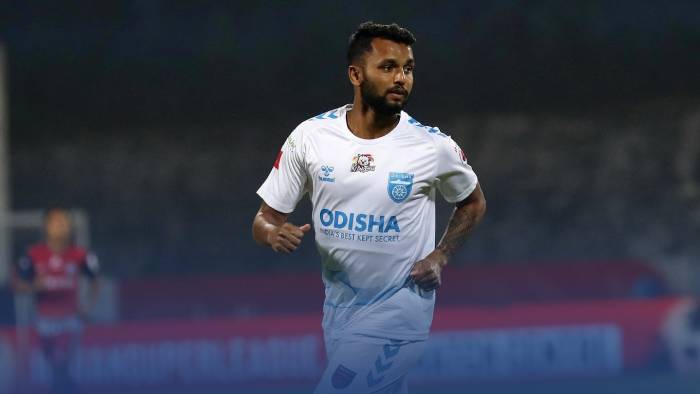 Odisha FC announced that Nikhil Prabhu has completed a permanent move from Hyderabad FC for an undisclosed fee. He joins on a 2-year deal with an option to extend for a further year.

Nikhil joined the Juggernauts on loan in December with the option of a permanent transfer.

The Hyderabad-born defender started his career in Gujarat at the age of nine but moved to Mumbai and captained the U16s and the U18s state sides before joining Mumbai FC in 2017. During this time, Nikhil was named the ‘Best Defender’ on a fair few occasions like in the U17 Maharashtra State Championship and the MDFA Super Division.

He continued to impress in various competitions like the Khelo India games, MDFA Elite Division, and the Santosh Trophy. Last year, he captained the Hyderabad FC side in the 2nd Division League and is a part of the first-team squad for the 2020-21 Indian Super League campaign.

Here's us welcoming @nprabhu_4 back once again! 👋😄

Nikhil developed an interest in football at a very young age. Impressing in several tournaments in Gujarat, he and his family moved to Mumbai in search of greener pastures. He represented several local clubs including PIFA Colaba, Kenkre FC, and the then MDFA Elite Division side Mumbai FC. With adequate grooming from coaches at the latter club, Prabhu represented their U-16 team as captain in the I-League Elite Division. Thereafter, he also represented Maharashtra in the Santosh Trophy at just 17.

Prabhu is one of the few defenders who can play well in multiple positions and who have the goalscoring touch as well. Despite being a defender, the youngster is a specialist when it comes to set-pieces. Moreover, his attitude, both on and off the pitch has helped him progress at each level in his career so far.