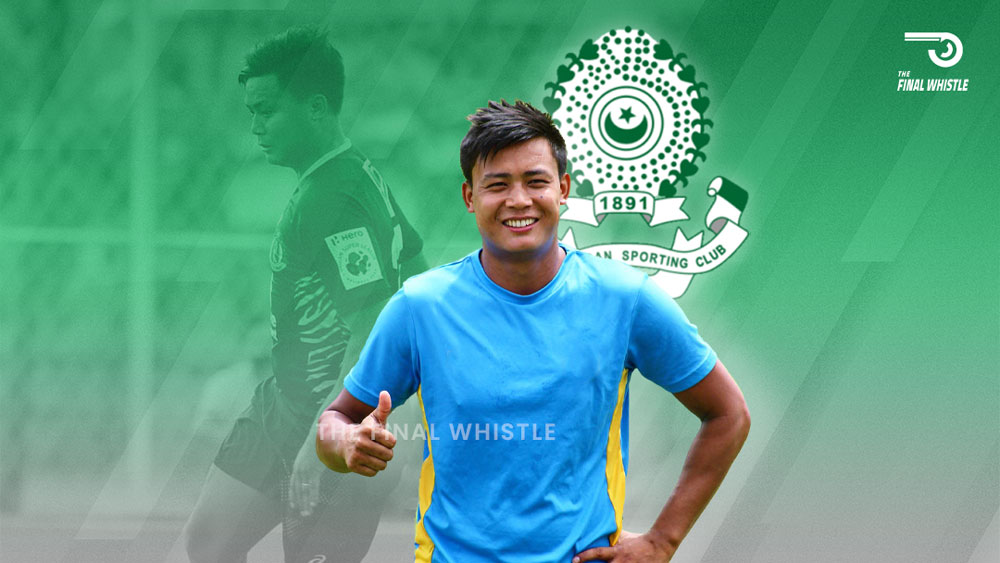 I-League side Mohammedan SC has reinforced their Indian core with the addition of experienced midfielder Ongnam Milan Singh. Having played more than 150 matches in both ISL and I-League, Milan Singh will boost Mohammedan SC’s midfield for the upcoming season.

Milan had joined the Tata Football Academy at 16 and later moved to the East Bengal youth setup. In 2010-11 I-League he had joined Pailan Arrows (now Indian Arrows). He then switched to Shillong Lajong, before joining NorthEast United in the inaugural season of ISL.

He then represented DSK Shivajians in the I-League, Delhi Dynamos, Kerala Blasters, and Mumbai City FC in the ISL. In the 2019-20 season, he returned back to NorthEast United, before joining SC East Bengal in the last season.

He has 71 matches in ISL and 87 in the I-League and has 12 goals and an assist in his name. He represented U-23 sides at the national youth level and has also worn the senior national team jersey once.

After signing former Russia assistant manager Andrey Chernyshov as head coach, the Bengal club is looking to win some silverware this season. They have also roped in Syrian centre back Shaher Shaheen, Serbian due of Nikola Stojanovic and Stefan Ilic, and also signed Trinidadian forward Marcus Joseph.

They have also announced the association with Danish brand hummel as their official kit partner.