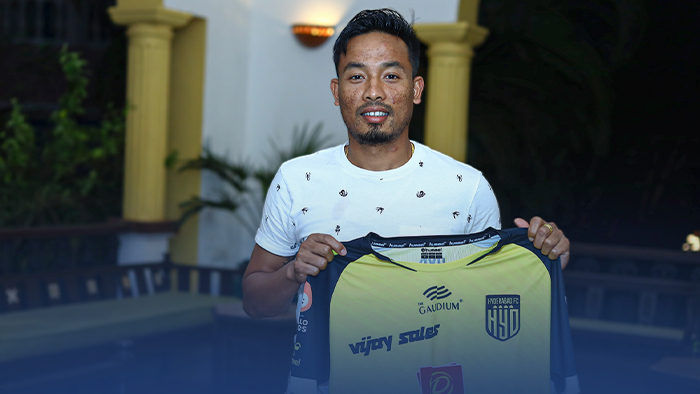 Hyderabad FC have completed the signing of Manipuri winger Seityasen Singh on a loan deal till the end of the season, the club announced on Wednesday. Seitya, as he is commonly known, joins from Kerala Blasters where he has been a part of the squad since 2019.

A tricky winger who started his career with Royal Wahingdoh in Meghalaya, Seityasen first played in the Indian Super League with NorthEast United in 2015. He has also been a part of Salgaocar FC and Shivajians in the I-League while also representing Delhi Dynamos in the ISL before gaining joining Kerala Blasters.

The 29-year-old also made his national team debut in 2015, and has since made five appearances for the Blue Tigers.

An experienced player, Seityasen has 51 ISL appearances to his name where he has registered five goals and five assists to date.