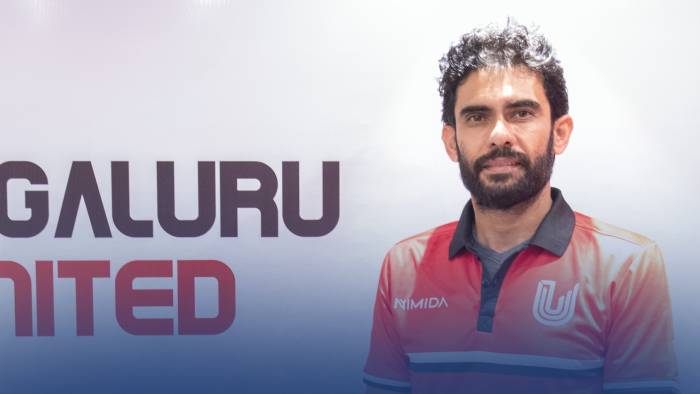 Khalid Ahmed Jamil has been appointed as FC Bengaluru United Head Coach for the upcoming season. Jamil was previously associated with Indian Super League (ISL) club NorthEast United FC. He holds the distinction of being the first Indian Head Coach of an ISL team and the first Indian coach to qualify for the ISL playoffs. He has also worked with East Bengal and Mohun Bagan in a managerial capacity and was instrumental in leading Aizawl FC to their first I-League title in the 2016-17 season.

“Khalid has been one of the most sought-after coaches in Indian football,” said Gaurav Manchanda, Owner, FC Bengaluru United, welcoming Khalid Jamil to the club. “He brings with him nuanced leadership and technical skills that stem for his decade-long management and coaching experience. FC Bengaluru United is on an upward growth trajectory; we are excited to be working with Khalid and are confident that we will see the club reach even greater heights under him,” he added.

Speaking on his appointment, Khalid Jamil expressed excitement on his new role, “I am delighted to be joining FC Bengaluru United and am looking forward to helping the club grow stronger and add to their trophy cupboard. The FCBU squad is a blend of youth and experience, and I am eager to work with them and sharing all my learnings. I am confident we can work together and see the club reach its greatest potential – both from an individual player perspective as well as a team.”

Jamil, who was born in Kuwait to Indian parents, played as a midfielder for clubs such as Mahindra United, Air India, and Mumbai FC. He has represented the Indian national team in more than 10 games including playing in the 2002 World Cup Qualifiers. He began his coaching career with Mumbai FC in 2009 after which he joined Aizawl FC and led them to the I-League title in the 2016-17 season.